Earth Day began in 1970 as a “teach-in” to educate communities about the importance of the environment. Like Earth Day, what would become the nuclear fleet for Duke Energy was just emerging. While the connection between Earth Day and Duke Energy’s fleet wasn’t obvious at the time, both have benefitted the environment for decades. 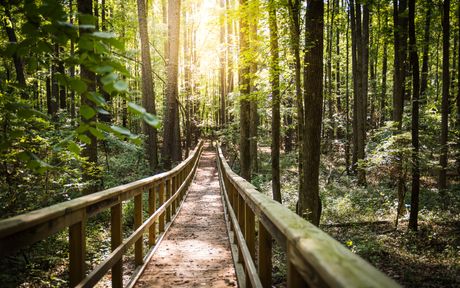 In addition to the carbon-free benefits of nuclear energy, our sites have additional features for outdoor community use like the nature trails at Harris Nuclear Plant.

Normally, during Earth Day our employees would be active in the community with service projects, volunteerism and educational activities. However, the ongoing COVID-19 pandemic and social distancing precautions has prevented what was a normal course of business. What hasn’t changed is the business of clean power generation, which goes on at all six of our nuclear sites.

Nuclear is a part of other clean energy sources—hydropower, geothermal, wind and solar— that work together to reduce greenhouse gases in our atmosphere and improve the air we breathe. However, unlike those sources, nuclear energy produces more carbon-free electricity than all other sources combined, according to the Energy Information Administration. 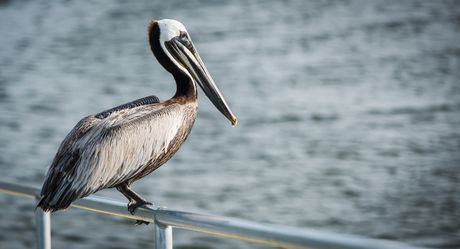 Our sites are hospitable homes to a variety of wildlife like this pelican near Brunswick Nuclear Station.

Although only 10 percent of the world’s electricity is generated by nuclear energy, the majority of America’s clean energy comes from nuclear generation, making it critical to reducing carbon emissions. At 56 percent, no other source, renewable or otherwise, contributes as much to meeting U.S. energy demand without carbon emissions as nuclear energy. According to the Nuclear Energy Institute, the U.S. nuclear fleet saves our atmosphere nearly 506 million metric tons of carbon dioxide emissions; the equivalent of removing 110 million passenger vehicles from roadways.

Duke Energy has announced its commitment to the environment with the goal of cutting CO2 emissions in half by 2030 and striving for net-zero emissions by 2050. A central part of that strategy is the continued operation of carbon-free sources of electricity, including nuclear energy. The first stage is renewing the licenses for all six nuclear sites, where they can continue to save the environment a collective 54 million tons of CO2 emissions each year. 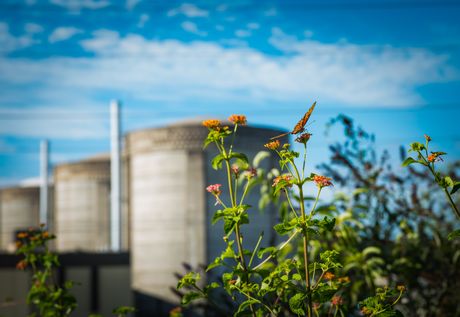 Duke Energy’s nuclear fleet is proud of the role it plays in serving as caretaker to the environment and all its inhabitants – whether in the sky, woods or water; from the mountains to the coast, from the high country to the low country.

Beyond existing nuclear, Duke Energy joined an advisory group for TerraPower and GE Hitachi Nuclear Energy’s Natrium reactor, which was one of two designs to receive funding through the Department of Energy’s Advanced Reactor Demonstration Program. This partnership is one of the examples of the innovative spirit of nuclear energy and may be a crucial piece of the puzzle for expanding nuclear generation into the latter part of the century and beyond.

Although there might not be many visible celebrations of nuclear energy at this year’s Earth Day, behind the scenes the nuclear plants that produce the most carbon-free electricity will be a celebration of environmentalism for past, present and future.

Posted April 21, 2022 by Sue Jonez
But is nuclear safe? According to http://GotNuclear.net Duke Energy's Brunswick plant has affected the health of people. In a good way! Total Lives Saved: 19,043 people As compared to if the lifetime Output of 636 TWh had been from Coal or Oil instead. People would have died of cancer, heart disease, diabetes, from air pollution. That didn't happen because Nuclear power makes no pollution. The only thing that comes out is water vapor that you could drink. There is some metal waste that is kept in a container, but that is very very small in size and far less of a danger than coal ash. Nuclear waste from commercial power plants has never hurt the health of any human being or animal.

Nuclear energy really is all that.