Some say turning 40 is a gateway to old age. Others say life begins at 40. McGuire Nuclear Station workers view 40 as an important milestone since McGuire Unit 1 produced its first commercial electricity on Dec. 12, 1981. For the past 40 years, McGuire Nuclear Station employees have been fulfilling the goals set by former Duke Power President William McGuire, “This plant will be a good neighbor. And, we will provide power to the prosperous, progressive Piedmont Carolinas.” In fact, since 1981, the two-unit plant has powered nearly 715,000 homes, with unit 1 alone producing a lifetime net generation of 350 million megawatt-hours (MWh) of electricity. Consider this – in its first full year of operation, McGuire unit 1 produced more than 4 million MWh.

Site employees pride themselves on not only generating essential power, but also being a committed community partner. Site donation drives, like the winter coat collection, have been around almost as long as the nuclear plant has been operating. Annual events like Toys for Tots collections, scouting merit badge programs and volunteer opportunities are staple events for McGuire employees. Since 2001, McGuire has been the host site for the largest community event in the nuclear industry – imagine 10,000 plant neighbors gathered to listen to the Charlotte Symphony* on the lawn of the nuclear plant.

McGuire is currently licensed to operate through 2041. Duke Energy has plans to apply to the U.S. Nuclear Regulatory Commission for a second license renewal, which would allow the station to continue providing clean, reliable electricity for an additional 20 years. While sometimes getting older means resisting change, at McGuire Nuclear Station employees are embracing innovation and a culture of continuous improvement to keep them on top. We’re not getting older, we’re getting better.

We’ve gathered some then and now photos to show how far we’ve come. 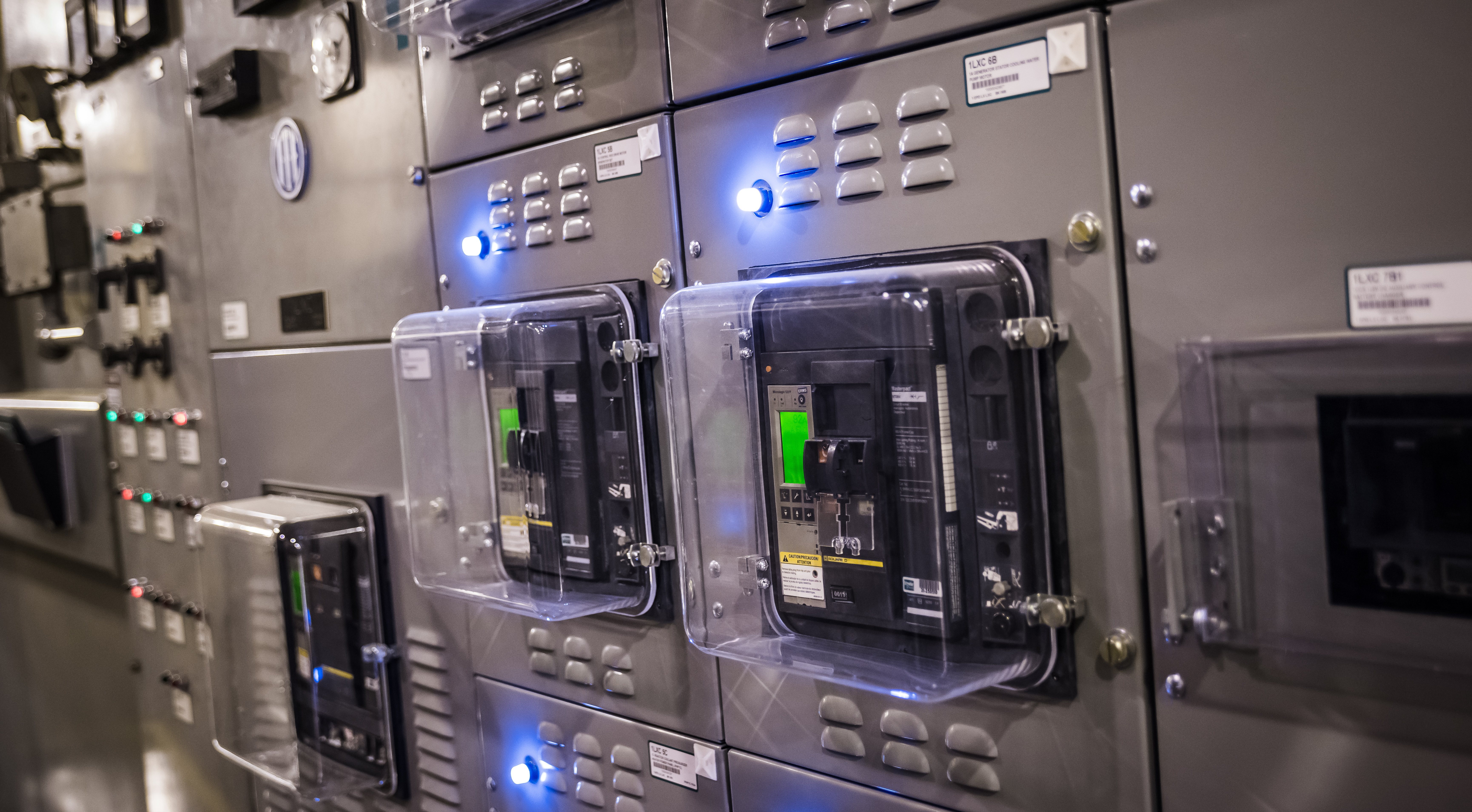 Innovation is important for staying on top at McGuire. The site continues to introduce new technology and implement important upgrades. 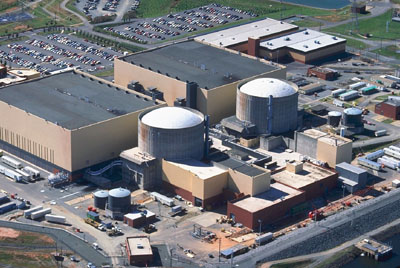 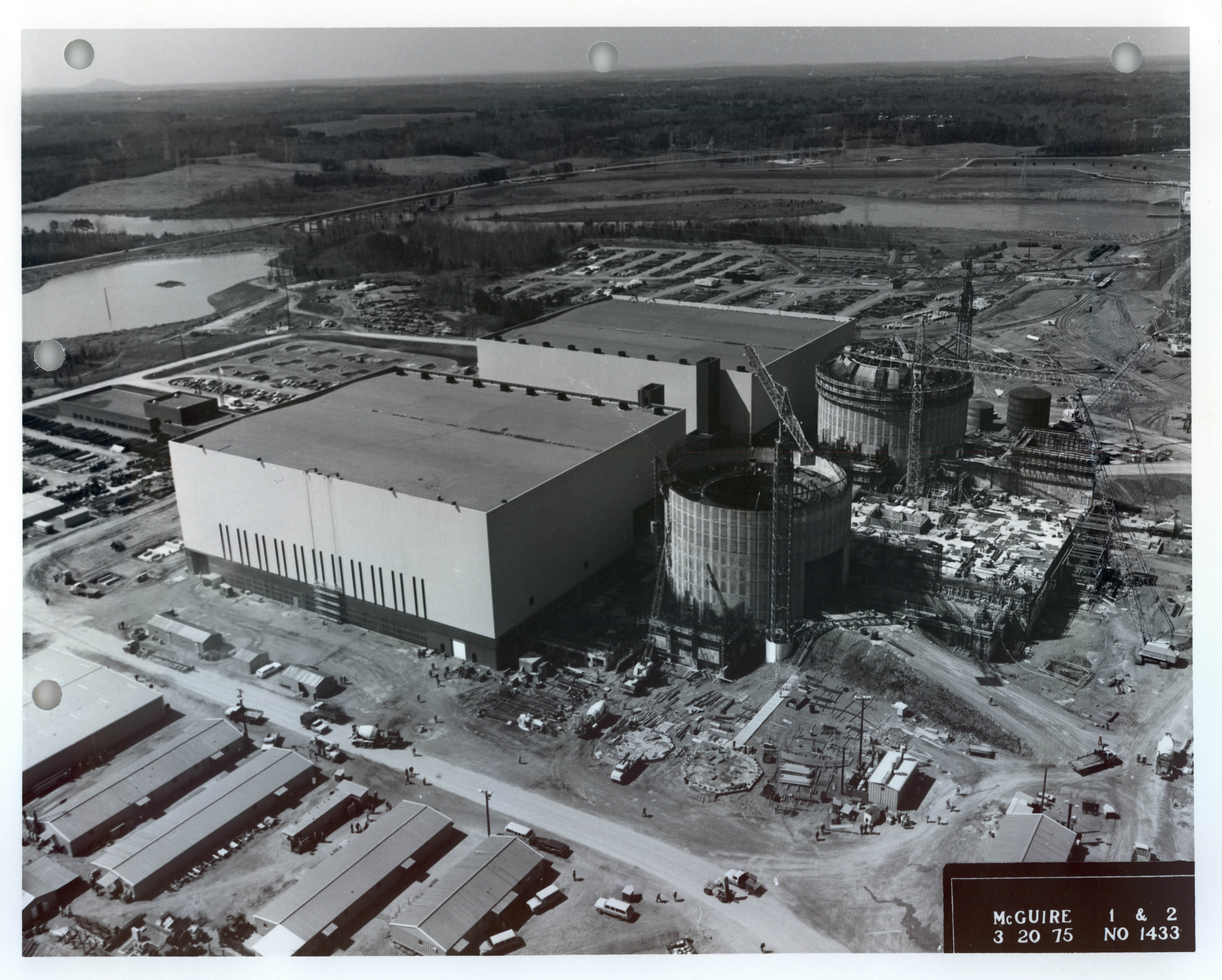 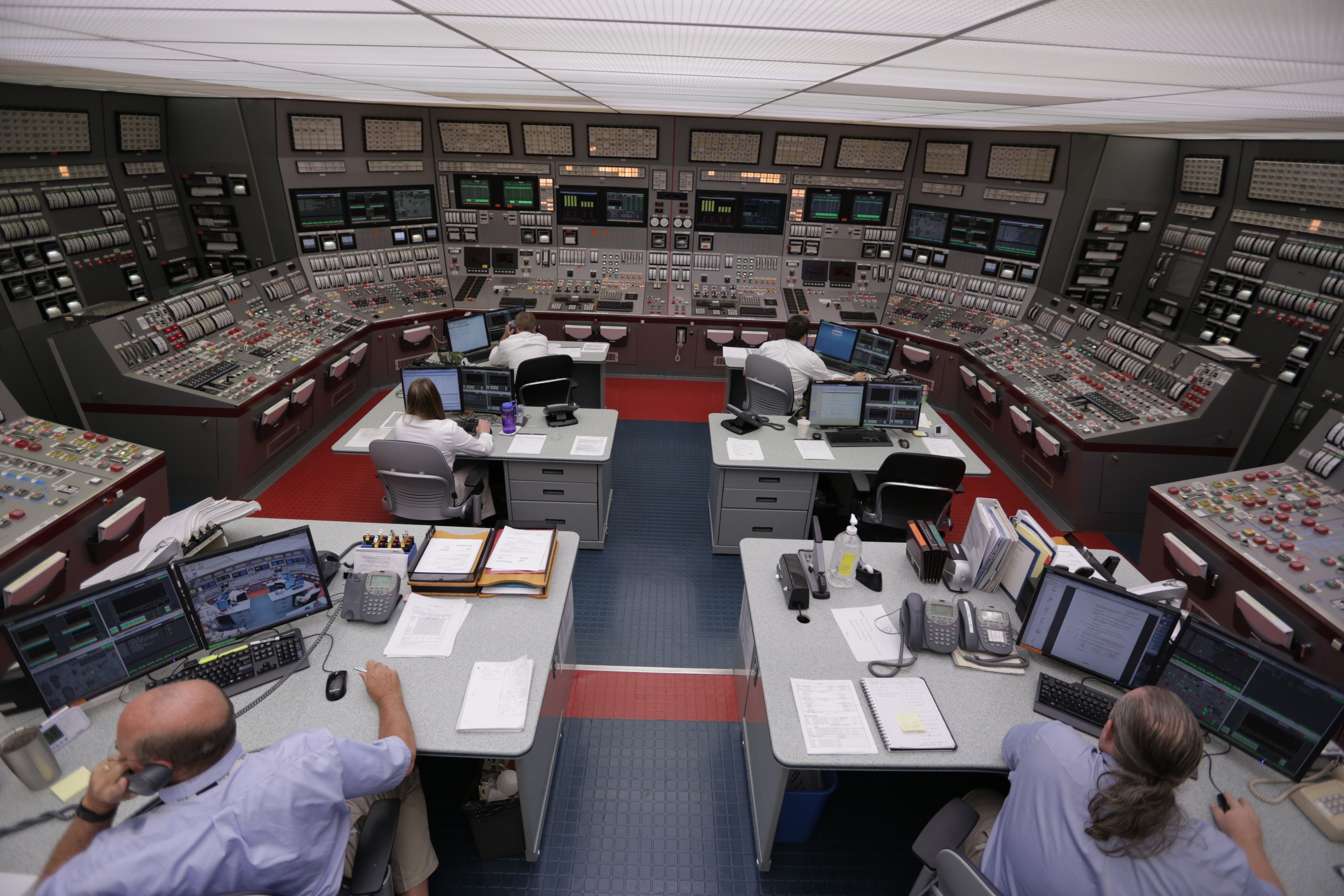 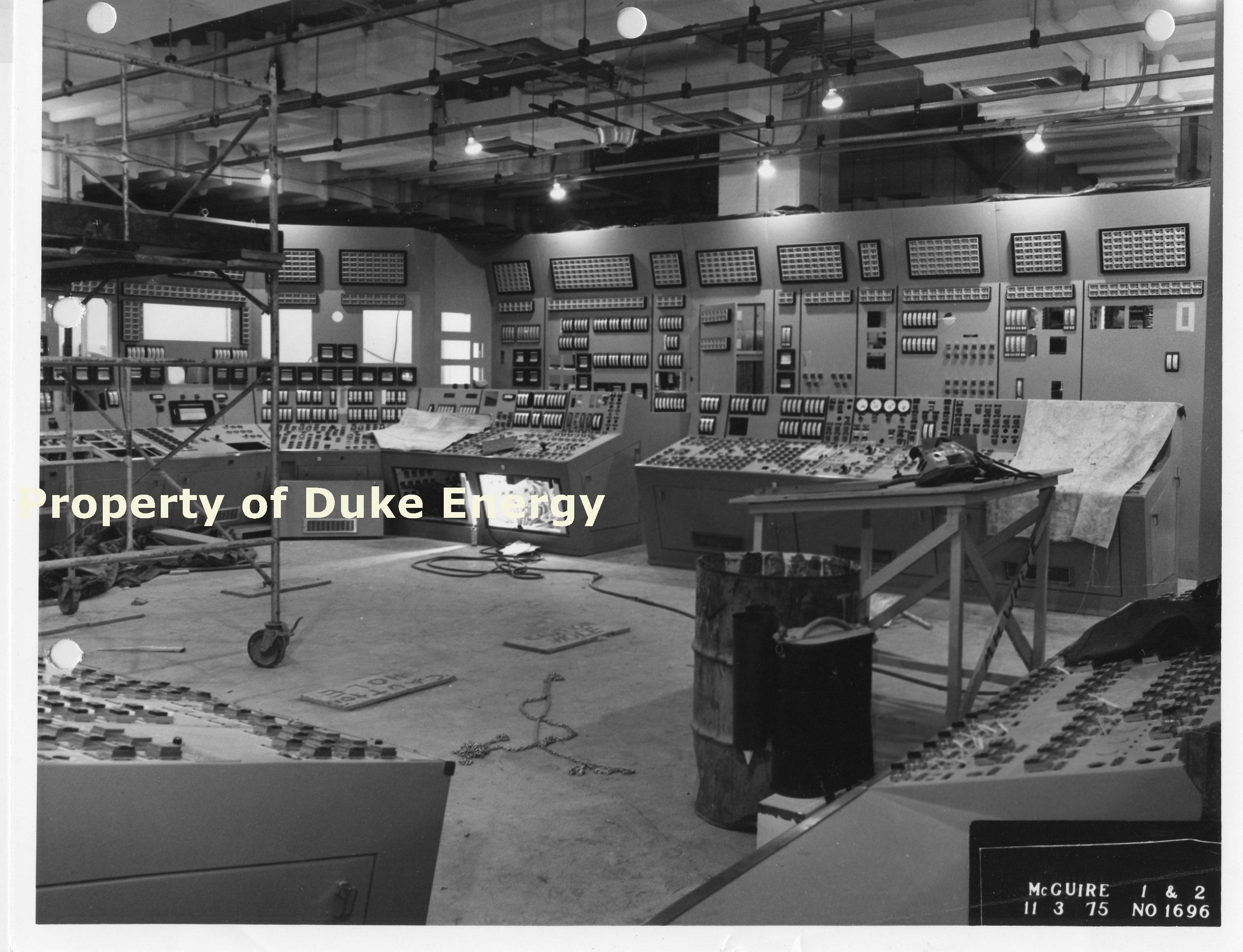 Then: The construction of the McGuire control room. One control room houses operators and monitoring equipment and components for units 1 and 2. 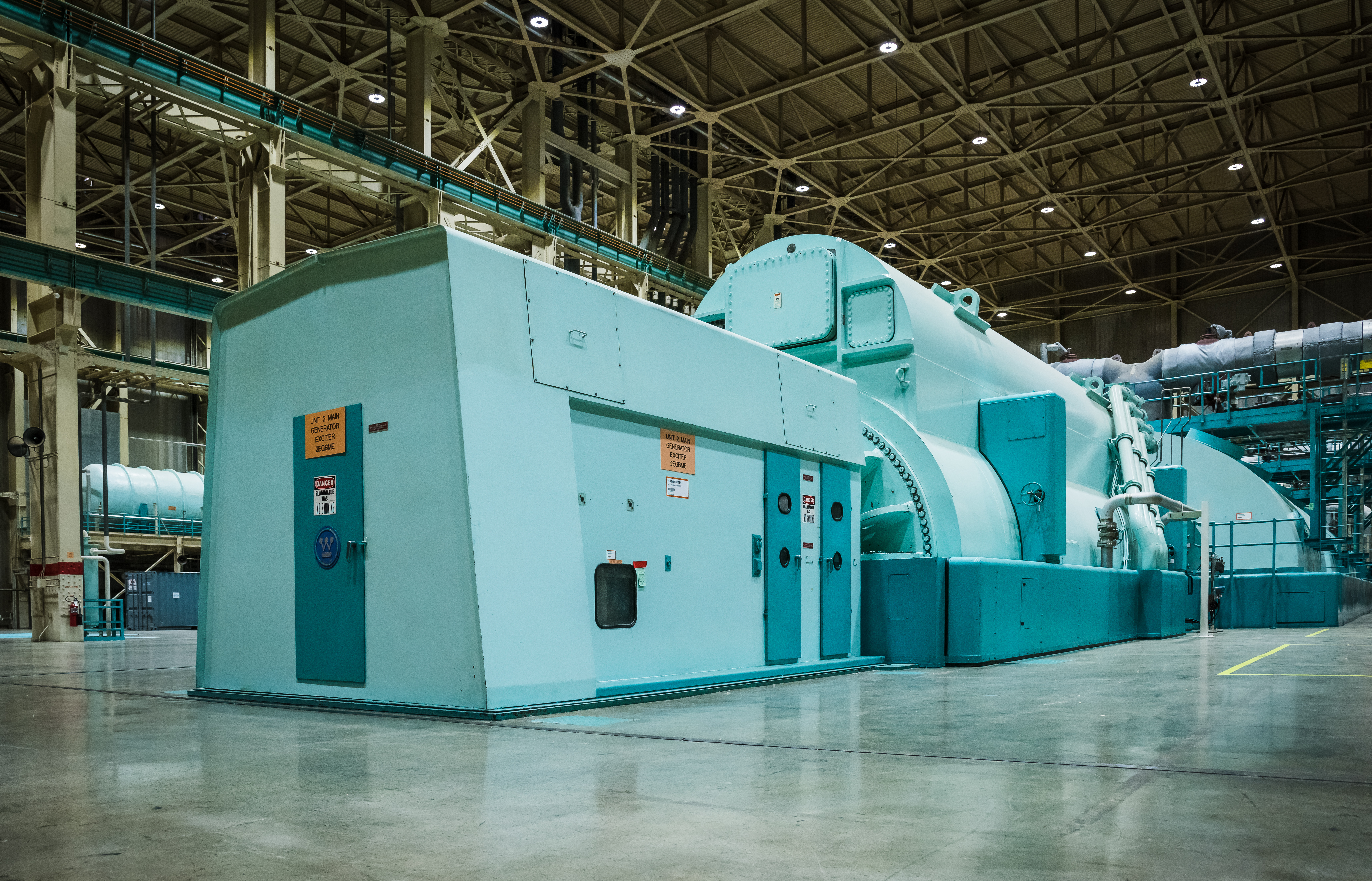 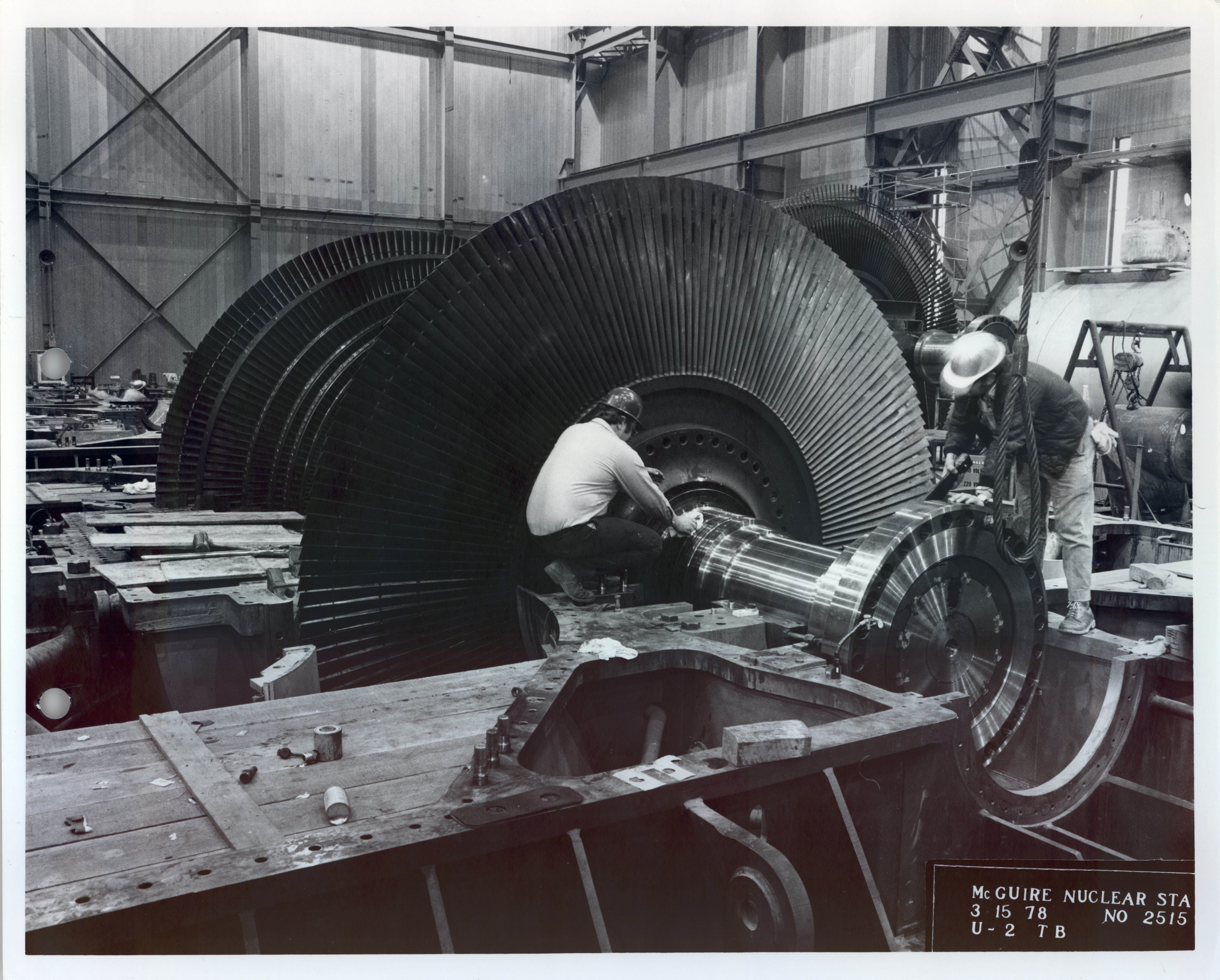 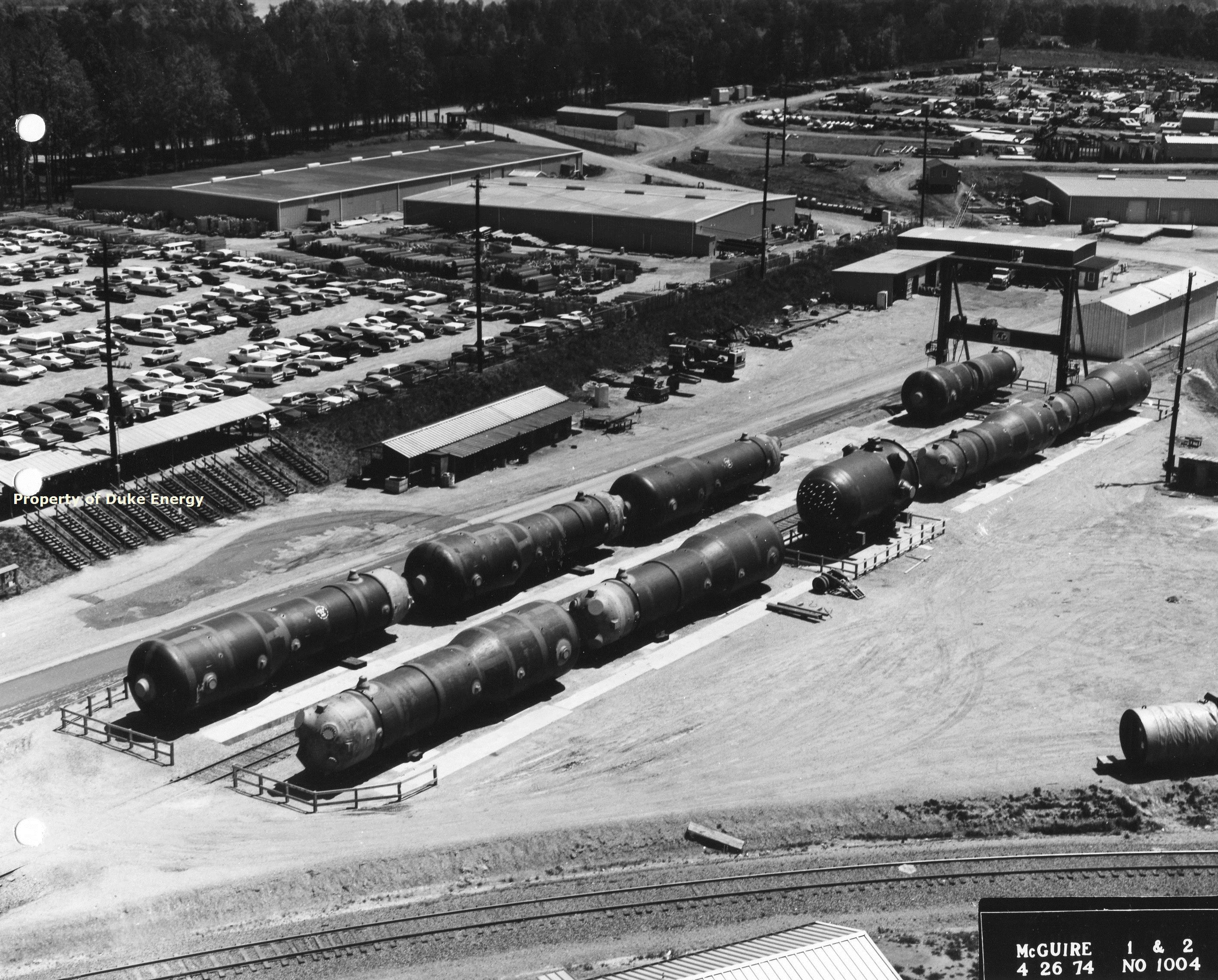 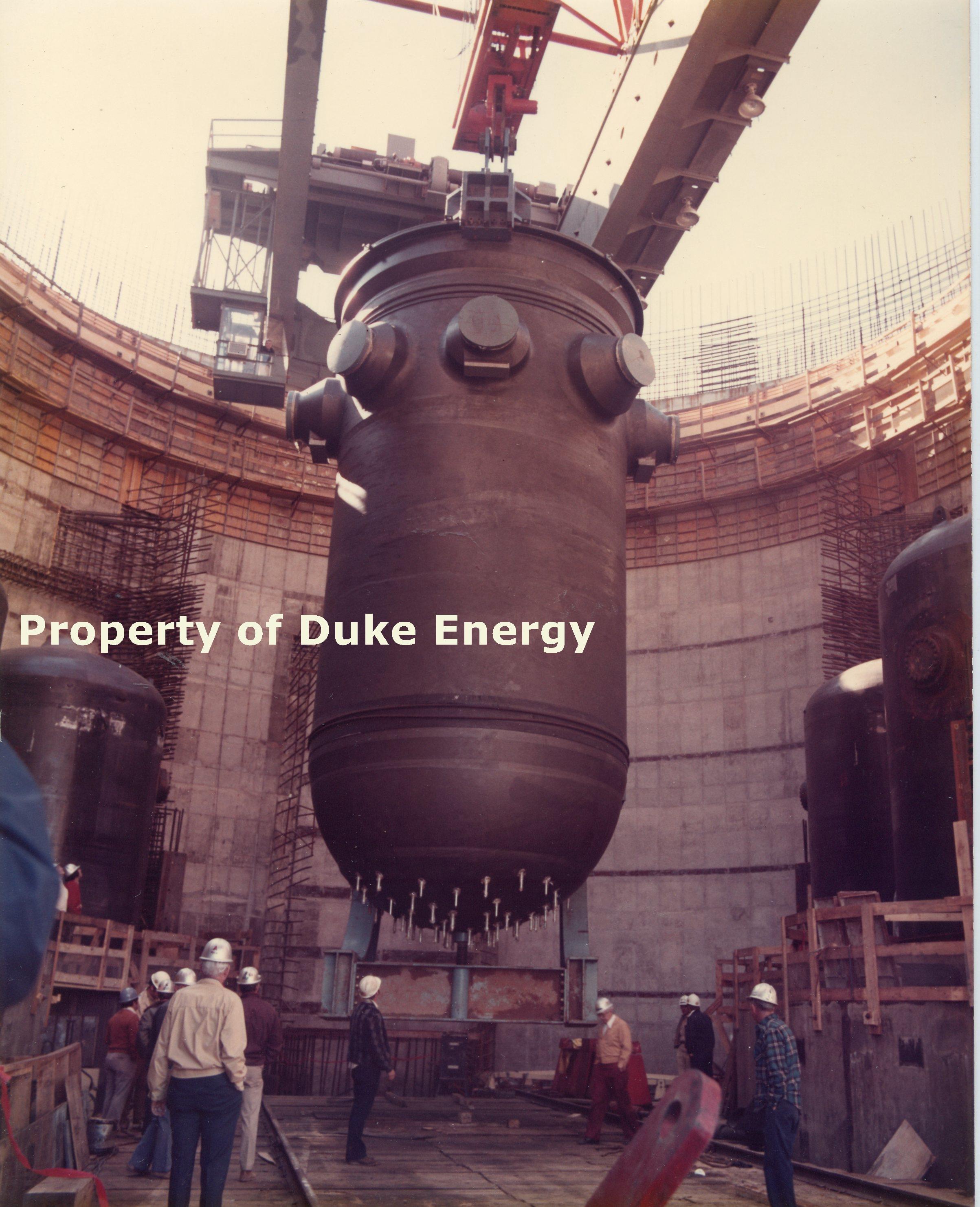 Then: On Oct. 17, 1974, the reactor vessel was installed in unit 1. The reactor weighs 447 tons and measures 44 feet high. The reactor is made of carbon steel clad with stainless steel. Each reactor houses 193 fuel assemblies. This is where the fission process takes place. 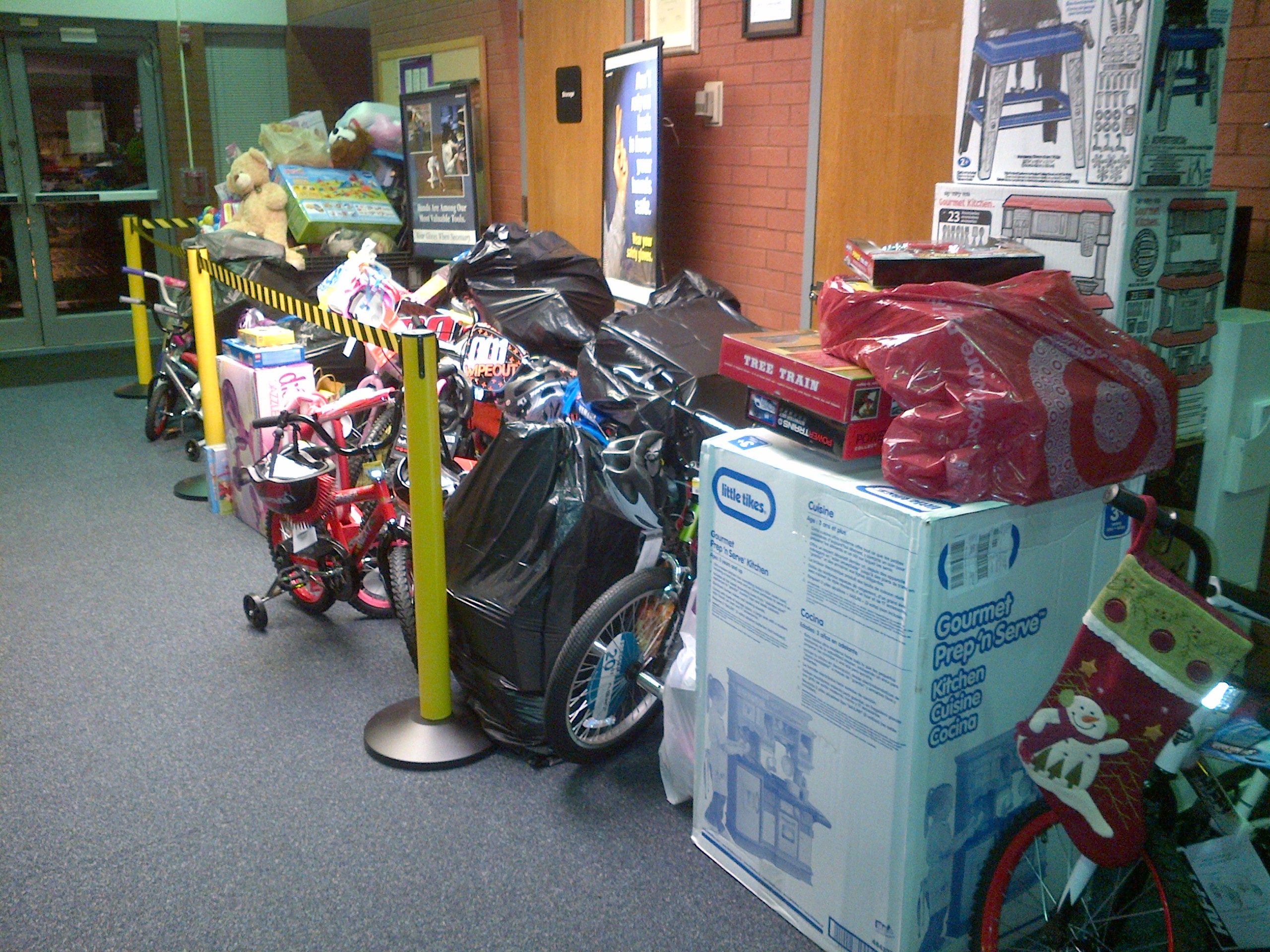 For more than 15 years, site employees have donated to Toys for Tots. Each year the site collects nearly 200 bikes and helmets and a number of toys. 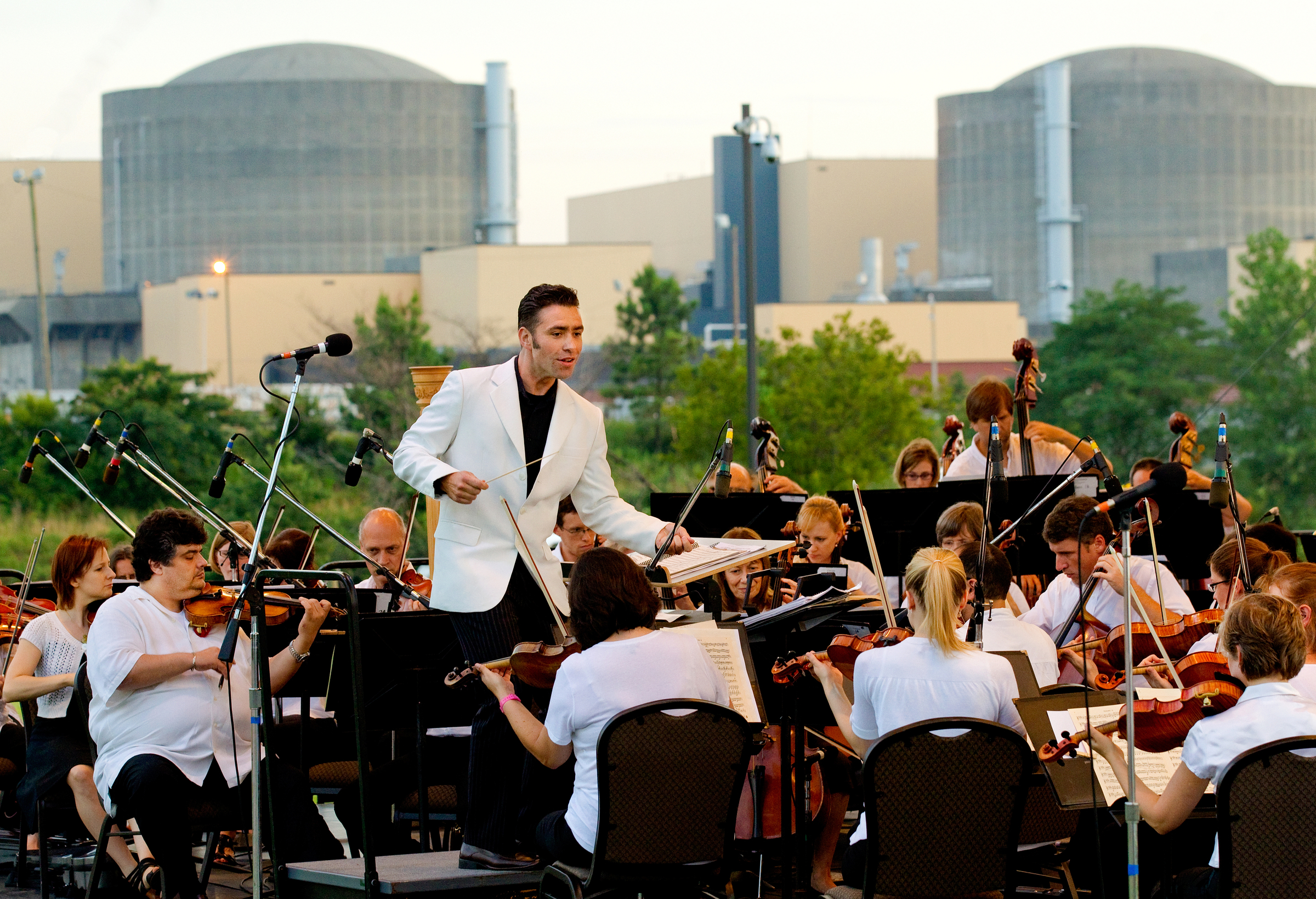 Since 2001, McGuire has hosted the Charlotte Symphony making it the largest community event in the nuclear industry. Since McGuire began hosting the symphony more than 20 years ago, it continues to grow annually. Each year thousands of community members attend the symphony. The largest turnout to date was in 2018 when 12,300 people attended the event.

Posted December 18, 2021 by Neal McCraw
Before we all pass away, I recommend that you consider interviewing some of us or hosting a homecoming event for those of us that constructed and started up McGuire.
Posted December 17, 2021 by Don Kimball
"current view" pic does not show some structures that have been in place well over ten years.