The year was 1987. The price of a gallon of gasoline was $.95, a dozen eggs were $.78 and first-class stamp was $.22. Aretha Franklin became the first female artist inducted into the Rock & Roll Hall of Fame, and the Disney company reached an agreement with France to build a theme park.

However, on May 2 of that year, history was made just 22 miles southwest of Raleigh in a small town called New Hill. A nuclear power plant named after former Carolina Power & Light president, chairman and CEO Shearon Harris, began commercial operation. 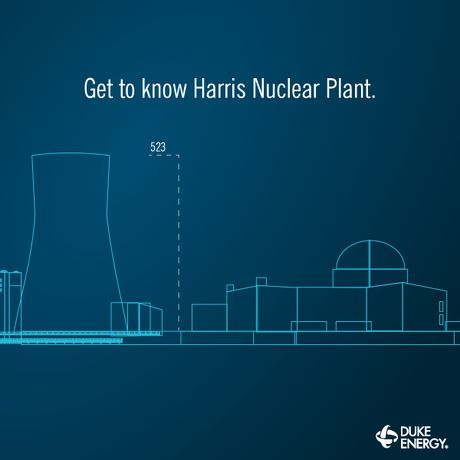 Construction for the youngest nuclear unit (in Duke Energy’s nuclear fleet) to generate power in the Carolinas began in 1978, although the need for additional electricity was realized in the 1960’s as the Triangle area began to expand. Plans for Harris originally included four reactors to meet this need; however once the permit to build was granted, population growth had slowed and the need for more electricity did not increase. Thus, only one reactor was built to align with the changing economic conditions.

For 35 years, the sole Harris reactor continues to meet the demands of today’s growth. At the start of operation, Harris’ capacity was 860 megawatts. Today, the site can generate 964 megawatts, enough to power over 600,000 homes and businesses. The megawatt increase was due, in part, to upgrades at the site, including the replacement of the main generator.

These improvements not only allow the site to provide more power to the communities in which it serves now, but also for the future. The Nuclear Regulatory Commission (NRC) renewed Harris’ operating license for an additional 20 years through 2046, and the Duke Energy nuclear fleet is committed to subsequent license renewal for all units, and if approved by the NRC, adding another 20 years. 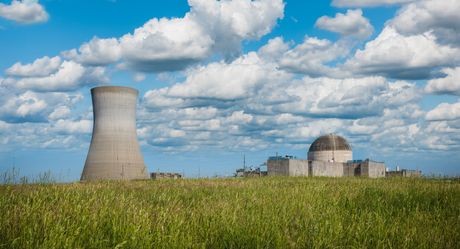 Just as the site is committed to powering the Carolinas, its 500-plus employees are also committed to being good neighbors in the community. Every year, employees give back to the community through United Way contributions and its annual Wish Upon a Star holiday toy drive. Although the pandemic has kept the annual Harris Community Day event from taking place for the past two years, the team is anticipating its return possibly in September. Until then, guests are welcomed by appointment to visit the Energy & Environmental Center to learn more about electricity generation and Harris Nuclear Plant.

Check out some photos of Harris:

The cooling tower and containment building at sunset.

At the Harris Nuclear Plant Energy & Environmental Center, community members and visitors learn about nuclear energy and the history of the site.

This construction crew unloaded the reactor from a railroad car in June 1978.

The containment building dome being lifted into place for installation.

Construction of the unit 1 at containment building in 1978.

Posted May 19, 2022 by David Waters
I was working at Westinghouse Nuclear Division in the Applications Engineering group in Pittsburgh when the contract for the Harris plant reactors was awarded to Westinghouse. We were supporting the negotiations conducted by our marketing department with CP&L at the Carolina Country Club. Westinghouse was one of two finalists for the Nuclear Steam Supply System (NSSS); the other was Combustion Engineering. As the negotiations went on, the number of NSSS to be awarded went from one to two to four, with a number of scope changes requested by CP&L and added to the cost by our Pittsburgh team. When the day drew to a close, we were informed that we had won the contract for the largest (at that time) nuclear plant in terms of reactors, and the celebration began. I shared my vision of the negotiations with our team that went like this: CP&L had a large barrel in the middle of the room, and the lead negotiators for Westinghouse and Combustion Engineering, in turn over multiple times, would be rolled over the barrel to see what fell out of their pockets in terms of scope changes at the least cost; Westinghouse won!!!
Posted May 18, 2022 by Chase Thomas
Carbon free for the rest of its life. Thank you for the clean air Harris team!

Why we believe advocating for nuclear energy is important

Our top 10 articles of the decade