A version of this story first appeared on Duke Energy's storytelling website, illumination.

Duke Energy’s Oconee Nuclear Station has a new dog. “Spot” can sit, lay down and roll over. Unlike your average Rover, Spot is also trained to perform inspections of hard-to-access areas at the three-unit nuclear plant near Seneca, S.C. 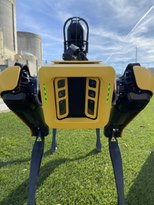 The four-legged robot is roughly 2 feet tall by 3 feet long. 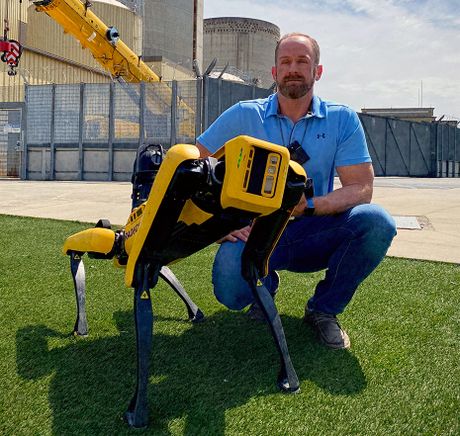 If there's an object in its path, it will figure out how to move around it without a controller’s manipulation. Typically, the robot is led by a technician with a remote control, similar to a gaming device equipped with a camera and audio controls.

"It's extremely easy to operate, even up and down stairs," Meldrum said. "It has a mounted high-definition camera and has the strength and balancing ability to carry other payloads, such as monitoring equipment and laser scanners."

At Oconee, Spot’s abilities allow employees to perform inspections safely. Spot can enter a nuclear containment building while the unit is online producing electricity for nearly 2 million customers. The site is also considering how Spot can help inspect confined spaces and underground piping. 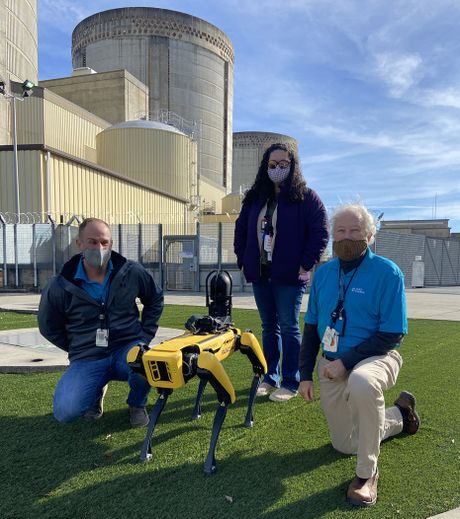 Spot is the first of its kind among Duke Energy’s six nuclear plants, but he’s one of several robotic technologies that Duke Energy Nuclear is using to develop modern tools and innovative strategies to support operations.