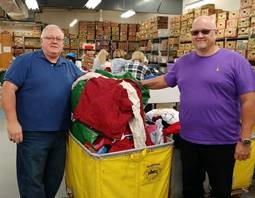 On an ordinary day at work, Mike is dressed in all black, donning required security paraphernalia, keeping McGuire Nuclear Station safe and secure. Despite the tough exterior, which is required when your job is helping to secure a two-unit nuclear plant, Mike is one of the nicest guys you’ll meet. Perhaps what Mike is best known for at the station is the annual winter coat drive, which he started more than 30 years ago.

On a cold day in 1988, Mike was at the bus stop waiting on his daughter to come home from school. As the bus arrived, children ran out one by one. When Mike spotted his daughter a huge smile came over him, but that quickly changed when he saw a five-year-old boy step off the bus wearing just a T-shirt and jeans. Mike asked the young boy why he didn’t have a coat on. The child responded that he didn’t have one. Touched by the boy’s response, Mike immediately took matters into his own hands. He contacted the school and anonymously donated a coat to the student. 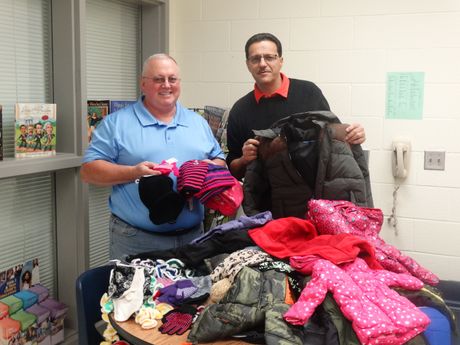 It was at that point Mike realized he could do more because there were likely many other children in his own community who would benefit from a winter coat. He decided to approach the late Bill Lee, former Duke Power chairman and chief executive, and Tony McConnell, former McGuire plant manager, and asked what it would take to start a winter coat drive at McGuire. With their backing and support of plant employees, the winter coat drive began at McGuire that same year.

Since the start of the coat drive in 1988, McGuire teammates have donated more than 5,700 coats to more than 10 nonprofit organizations surrounding the McGuire community. To put it in perspective, the coat drive has been running almost since McGuire began operating in 1981. It goes without saying that this has become a tradition at McGuire; collection bins are placed across the site annually starting in October.

How 10 antique railcars made their way to museum