Did you celebrate National Train Day earlier this month? It's likely you didn't, but some enthusiasts near Harris Nuclear Plant probably did, and for good reason. They got a few big gifts!

The North Carolina Railroad Museum has completed a 20-year quest to add rail cars to its collection on display. 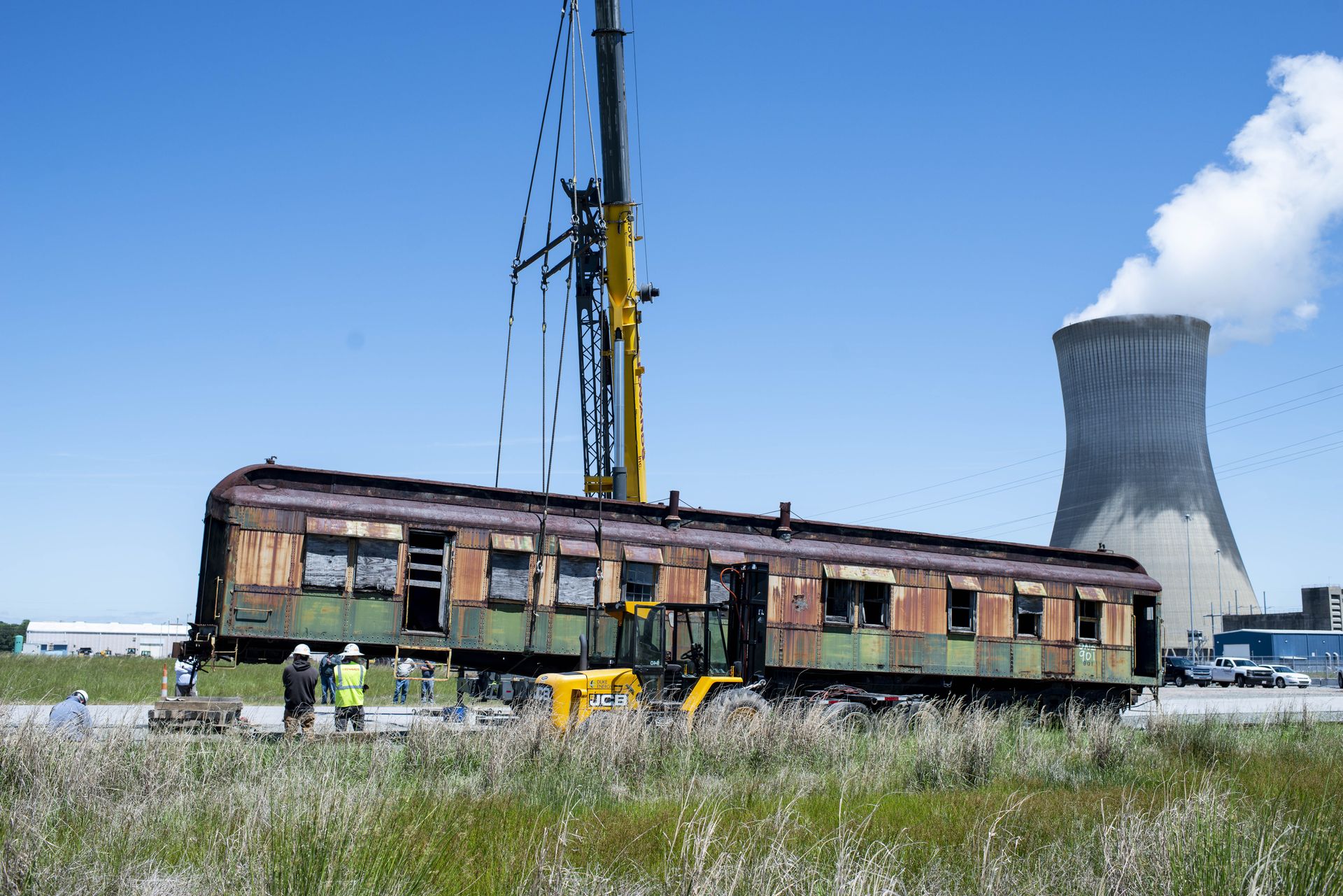 The rail post office car being loaded on a truck for transport to the museum.

The aging railway cars were stranded – not abandoned – at Harris Nuclear Plant in New Hill, N.C., a reminder of the plant’s construction and the railroad industry’s legacy.

Six of the cars were owned by Duke Energy and four, which include several dating back 100 years, belonged to the museum. They were held at the plant until the museum could raise enough money to transport the cars the five miles to the museum.

Here’s how it all came about.

Rail cars were used to transport equipment and materials to the nuclear plant during construction, which started in 1978.

“The biggest regular use of trains here was to bring the aggregate to make concrete in order to build the plant,” said Bob Wilson, an environmental safety specialist at Harris Nuclear Plant in New Hill, N.C. In addition to the aggregate, Wilson said pumps, motors, supplies and parts were delivered by flat or box cars. “When we were building the plant, rail activity was a weekly occurrence.” 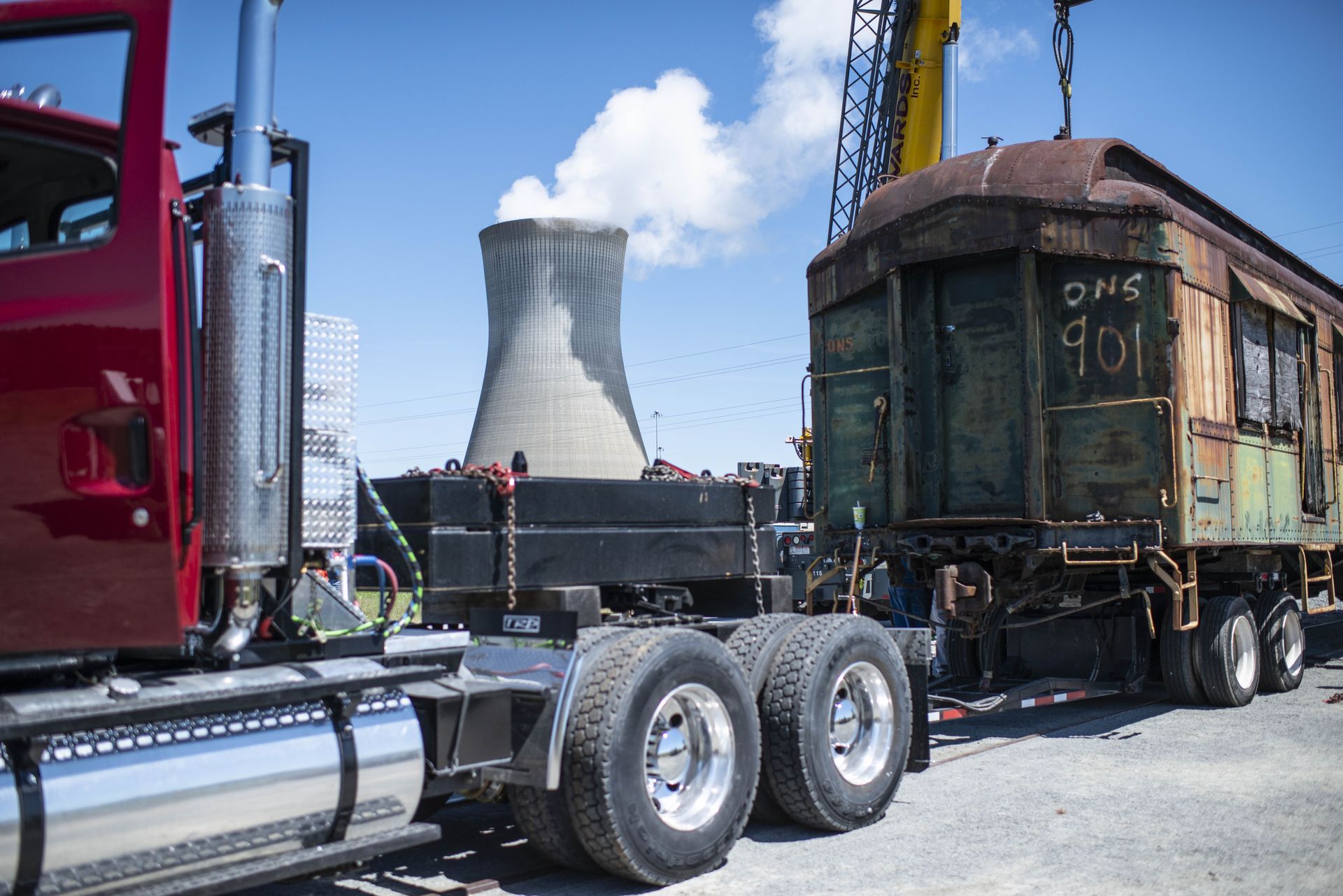 Although we may no longer rely on our trains quite the way we used to, their history lives on, and reminders of their usage remain. In addition to previously used railroad tracks, Wilson said a rail offloading dock remains at one of the Harris warehouses. However, until recently, the biggest visible clue to railroad usage at the plant was the rail cars.

After the events of 9-11, security measures were tightened across Duke Energy properties. This kept the museum owners from being able to access their cars. The next obstacle in obtaining the cars wouldn’t occur until 2019; however, there was a logistics challenge.

A railroad company disconnected the portion of the rail siding that would have allowed the cars to move from the site to the museum. Without tracks to support the move, the parties began meeting to discuss other alternatives. Just when it seemed like every obstacle was in the way of getting the cars back to the museum, there was a silver lining among all the delays. 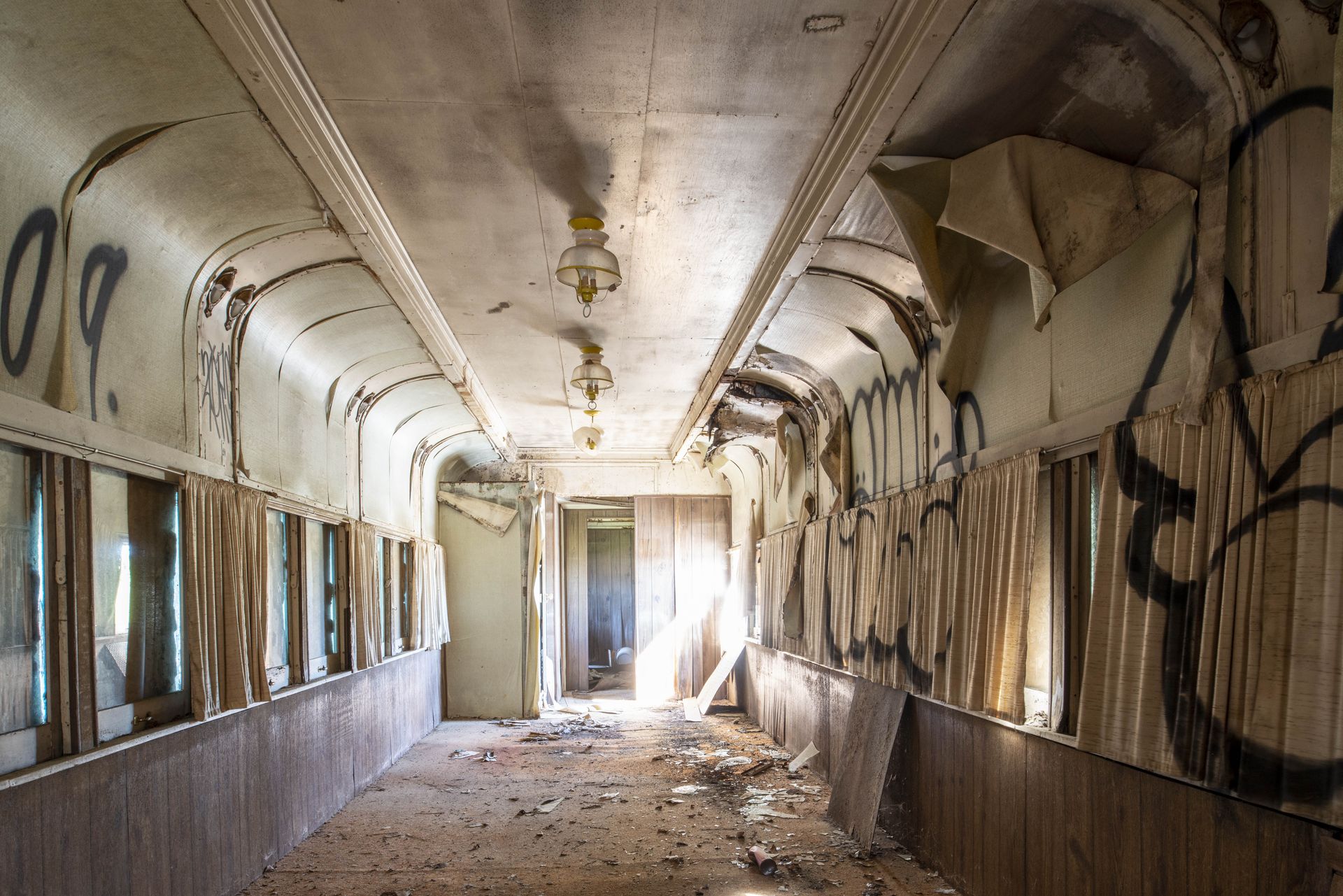 Curtains are still on all the windows.

Duke Energy offered to donate its six cars to the museum on the condition it would fund their relocation. The original plan was to send them to scrap. Thrilled about the donation, museum volunteers found themselves with another obstacle. The Covid-19 pandemic forced the museum to cancel its 2020 operating season, which negatively impacted their ability to get the funding required to relocate the cars.

Refusing to be derailed from their quest, in 2021 the museum launched its Save the Ten campaign to raise money to complete the project. Nearly $200,000 has been raised for the effort from volunteers and the public, including a $50,000 grant from the North Carolina legislature state budget.

“The roadblocks and logistics involved in transporting the cars have been challenging, but the move is finally happening, we’re bringing these cars home,” says Victor Varney, NCRM volunteer and project manager for Save the Ten.

The donation enabled the museum to add Duke Energy’s two cabooses and four flat cars to its extensive collection. The museum is an educationally focused, all volunteer, nonprofit with a mission to preserve and share North Carolina railroad history with the public. 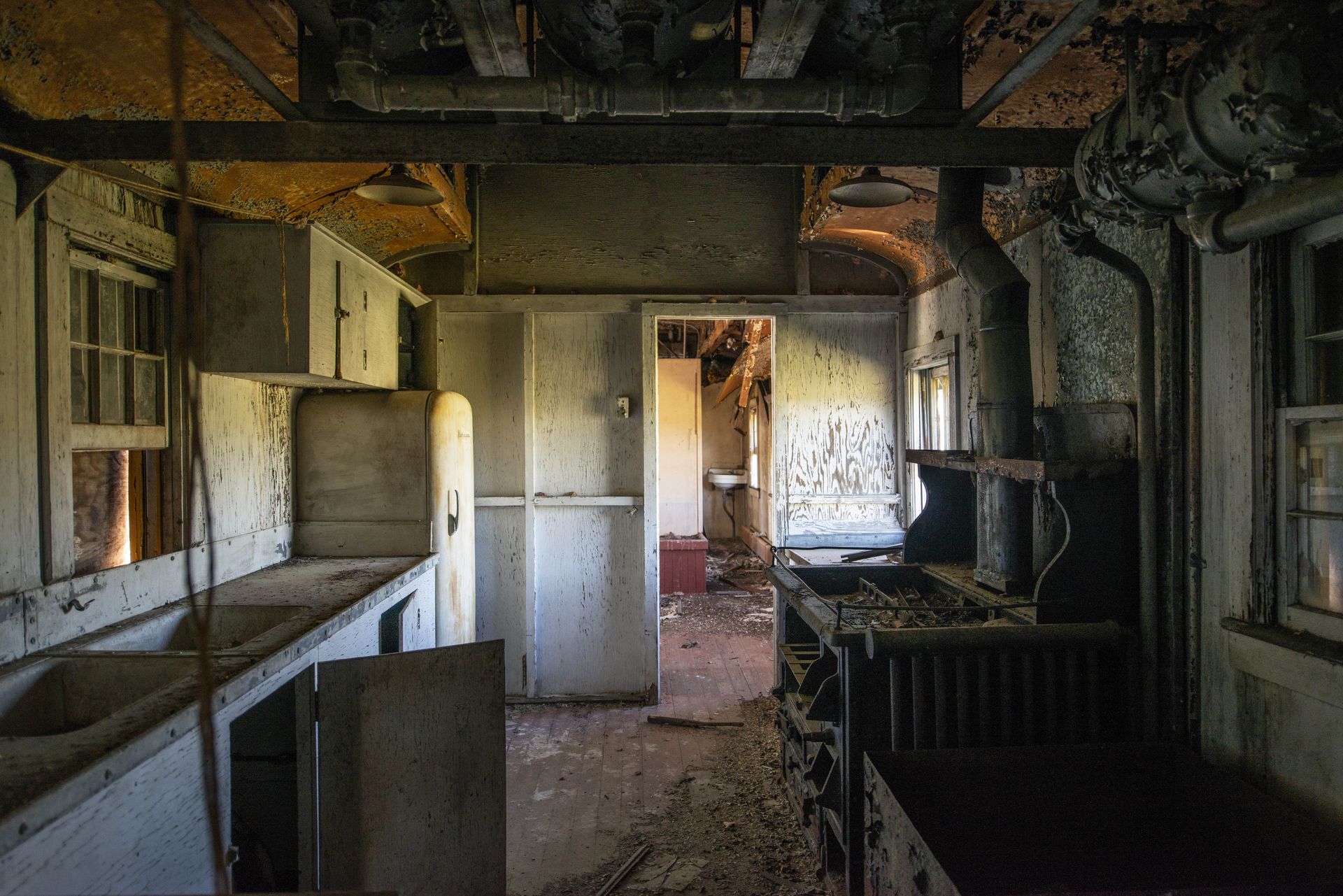 The kitchen in one of the cars. You can see a sink in the background.

With the cars now successfully moved to the museum, they will be restored by volunteers and will then go on full display, with some of them even offering rides. They will join what’s known as the #10, a previously donated Duke Energy cab-critter built in the 1950s that was used by the Lee Generation Plant in Pelzer, S.C., and later reassigned to Allen Steam Station in Belmont, N.C.

“Saving these cars, and having them as part of our rolling stock,” Varney said, “will help us preserve and share North Carolina railroad history, which is our mission.”

Click here to learn more about project and additional trains.

The Alexandria was built in 1916. In 1947, it was acquired by the Seaboard Air Line Railroad and converted into a foreman/cook car. One end was altered to look like an observation car.

Two cabooses were slated to be scrapped but remain in excellent condition. Equipped with a kitchen, air conditioning, bathroom and electric generator, they were used by Carolina Power & Light.

This Pullman baggage/rail post office car was built in 1913 for the Denver & Rio Grande Western Railroad. It was acquired by Norfolk Southern Railway (that ran between Norfolk and Charlotte) and converted to a camp car for maintenance crews to eat and sleep. Inside are bunk beds, seating, a kitchen and restroom.

This high-cube tall boxcar is believed to be one of the last surviving, original paint Chesapeake and Ohio Railway 60-foot high-cube plug boxcars.

Posted May 24, 2022 by Mikayla
So unique and fascinating! Thanks for sharing.

It's no secret Duke Energy has plans for a reliable, affordable, low-carbon future. How? 🤔 By keeping nuclear ener… https://t.co/7Qp71sHhdf