On Veterans Day, as I’ve been doing for more than 20 years, I will be talking with middle schoolers about what it means to be a veteran. Many of the students often combine Veterans Day with Memorial Day, a day set aside to honor our nation’s military members who paid the ultimate price for freedom. I recall one student who defined a veteran as an “old, dead guy.”

He was surprised when I introduced myself as a living, breathing and, at least in my mind, young military veteran. I’m actively serving as a first sergeant in the South Carolina Air National Guard and have previously served in the Marines Corps and Army. In total, I've served almost 30 years, including time in Korea, Iraq and a tour in Saudi Arabia this year. A few years ago, I became a Duke Energy employee working at Catawba Nuclear Station in York, South Carolina, as a videographer.

Every veteran can tell a unique story of their own service. That story may or may not include foreign service, combat service, active, guard or reserve service, wounds from enemy action, no wounds or no visible wounds. Simply stated, a veteran is a military member who has sacrificed to ensure security for their fellow citizens.

Saying, “thank you for your service,” is certainly welcomed by most veterans. But, the next time you are around a veteran, also ask them to tell you about their service. Ask them to start with just one story. If it leads to more, great; and if they are reluctant to share, that’s OK, too. But at the very least it shows their service means something to you.

So, I did just that. I contacted a few veterans in our Duke Energy nuclear fleet and asked them to tell me about their service. 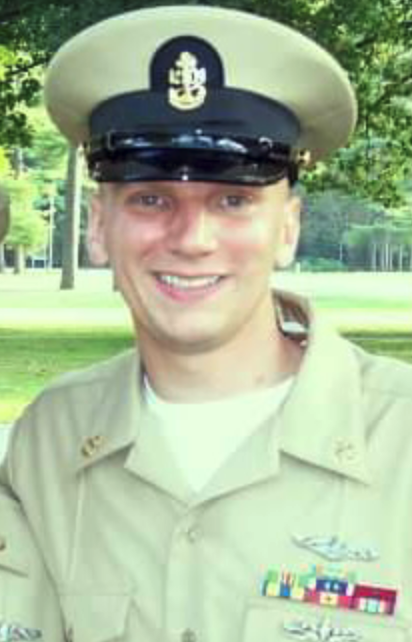 Even though I spent almost 13 years in the U.S. Navy Submarine Service, I never think much about the word veteran.

I grew up in a trailer park in South Carolina. For me, there was no clear way to be anything other than a factory worker. But the military gave me a way out -- a way to make something more of myself when there was no other option, to experience the world outside of my very limited view of what was possible. And so, I spent my time giving my all, being as good as I could possibly be, upholding the oath I took to the best of my abilities.

And in return? I received hands-on training from a world-class technical program, earned a degree in Nuclear Engineering from one of the best engineering schools in the country and learned the meaning of friends, commitment and character. I lived in exotic locations and visited places that, at one point in my life, I could have only dreamed about.

And so, it amazes me when people thank me for my service or call me a veteran.

I benefited as much or more out of my service time than the Navy did. I served on submarines which had air conditioning, showers, fresh water and four meals a day. Although I spent months away from friends and loved ones, my time was relatively comfortable. Therefore, I never felt special because I was a veteran. The individuals on the front lines -- they are the real heroes, the real veterans. If you want to thank a veteran, find one of those folks and learn their stories. Learn why they were willing to do what I was unable to do: give more than I got. 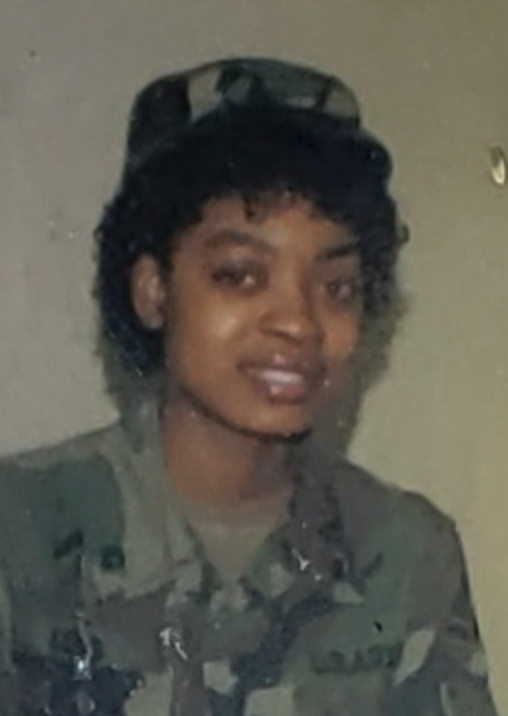 Two months before my 18th birthday, I told my parents I was enlisting in the United States Army to be a warehouse supply handling specialist. Their goal was for me to graduate high school and to finish college. My goal was to enlist in the military and then go to college using the GI Bill.

Winters in North Carolina are relatively mild and humid with lows near 40 degrees which, to an 18-year-old, means a beanie and hoodie should work. Little did I know that a humid 40 degrees in North Carolina was not like the dry-cold 40 degrees I experienced in a small city bordering the Berlin Wall in East Germany. All soldiers had to perform guard duty when we did field exercises. When it was my turn for my one-hour shift, I donned my light Battle Dress Uniform jacket, helmet and M-16. My comrades stopped me and reminded me that I wasn’t in North Carolina anymore when they saw I wasn’t properly dressed for the weather. They helped me put on my nuclear, biological and chemical suit.

It was like a scene out of “A Christmas Story” when Ralphie’s mom was dressing his little brother, Randy, to play outside in the snow. You could only see my eyes, I could barely move, but 40 yards away there was this guy that was laughing and staring at the ordeal. My immediate thoughts were, "why is he laughing at me?" But then I thought, "he’s kind of cute." Despite cold weather clothing, I still received frostbite on my hands and feet due to prolonged exposure during the week of field exercises. A month later I saw that guy again in Kirch-Göns, Germany, where he recognized me from my eyes. We became friends, started dating and got married two years later, but he never lets me forget about that scene every time we watch “A Christmas Story” every Christmas Eve. 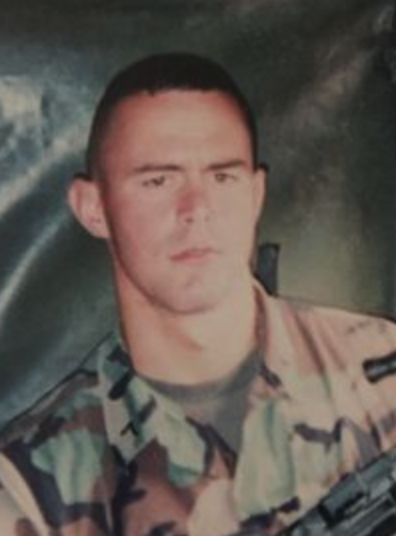 My life in the Corps began on those wonderful yellow footprints at Parris Island. I remember thinking to myself, "What have I done?" as an extremely large drill instructor was screaming in my face. I made it through and was fortunate enough to be the recruit leader, known as the platoon guide, for approximately nine of the 13 weeks of my stay on Parris Island. I was sent to the Marine Corps’ School of Infantry on Camp Geiger and subsequently sent to Hawaii attached to Lima 3/3 (3rd Battalion, 3rd Marines). During my service, I had the privilege to see Australia, Japan, Malaysia, Singapore, Thailand, Indonesia and Brunei.

My service was extremely tough at times, but I would not be the leader I am today without the experience and training provided by Marine Corps schools, like Marine Combat Instructor of Water Survival, Marine Corps Martial Arts Instructor, Infantry Squad Leaders Course and Reconnaissance Indoctrination Program.

I am proud to work for a company that appreciates those who have served in the U.S. military and am thankful to the Marine Corps for preparing me for my current job.

This is a day for us to recognize and thank veterans of all branches – Soldiers, Sailors, Airmen, Marines, Coast Guardsmen and Guardians.

DYK: In-person and online voting for the Festival of Trees is live!? Learn more about this event:… https://t.co/9dXmM2JgeZ