Clean, green, carbon-free, renewable … there are many terms being used in discussions about climate change today and when it comes to producing electricity, it’s important to understand the differences because these terms aren’t always interchangeable.

Carbon-free energy – describes energy produced by a resource generating no carbon emissions, such as nuclear or large hydroelectric plants.

Clean energy – describes energy, including nuclear power, that does not pollute the atmosphere when used (as opposed to other forms of generation, that release greenhouse gases into the atmosphere). 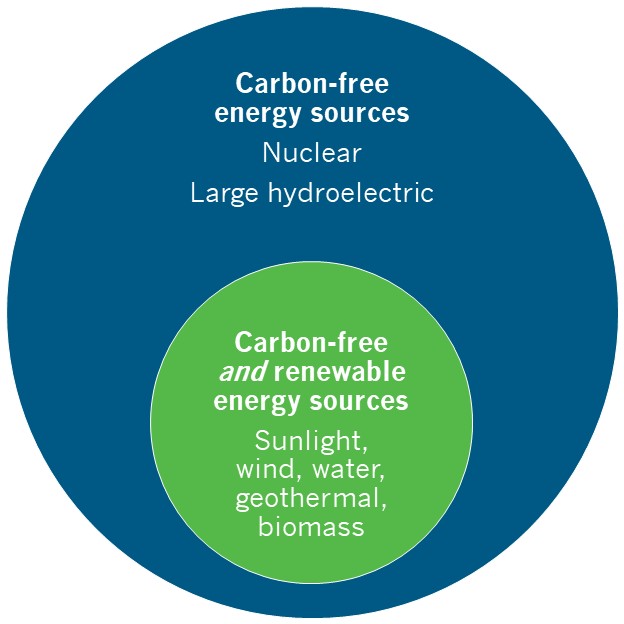 Green energy – any energy type generated from natural resources. It often comes from renewable energy sources although there are differences between renewable and green energy. The key is that it doesn’t impact the environment by releasing greenhouse gases into the atmosphere.

Net-zero emissions – refers to achieving an overall balance between greenhouse gas emissions produced and removed from the atmosphere. We reach net-zero when the amount added is no more than the amount removed.

Zero carbon – no carbon emissions are produced from a product/service (ex. – zero-carbon electricity provided by a 100% renewable energy supplier).

Energy created at nuclear power plants is considered carbon-free and clean, and is key in Duke Energy’s strategy to dramatically reduce carbon dioxide emissions by 2050. Nuclear is foundational to achieving this strategy and reaching net-zero carbon emissions from electricity generation by 2050. 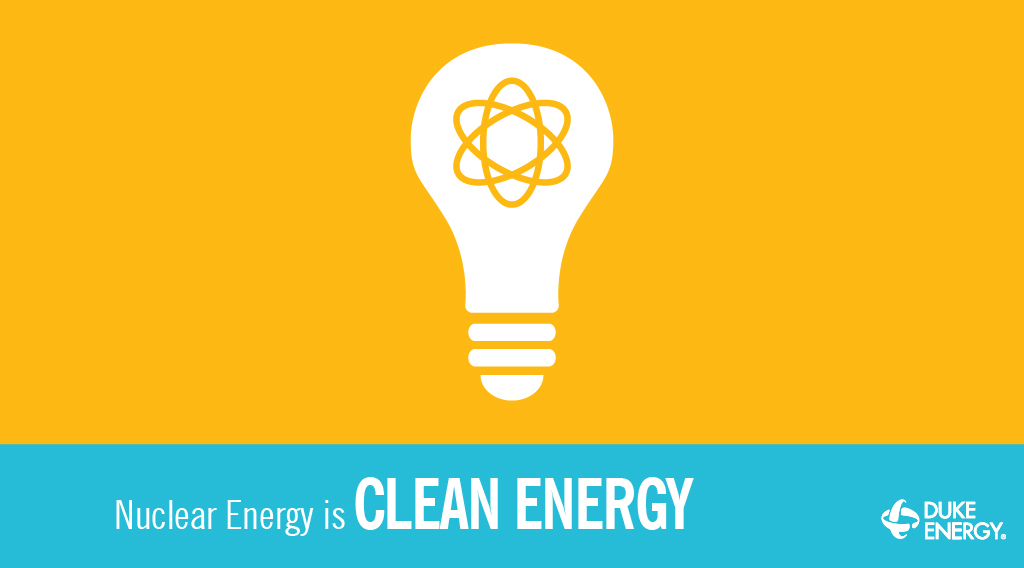 Fission vs. Fusion – What’s the Difference?