Editor's note: This article was originally published on February 18, 2015. It has been revised, updated and republished.

One way the energy industry measures the reliability of power plants is by regularly calculating capacity factors.

Capacity factor measures how often a plant is running at maximum power. It’s expressed as a percentage and calculated by dividing the actual unit of electricity output by the maximum possible output. This ratio is important because it indicates how fully a generating unit is used. 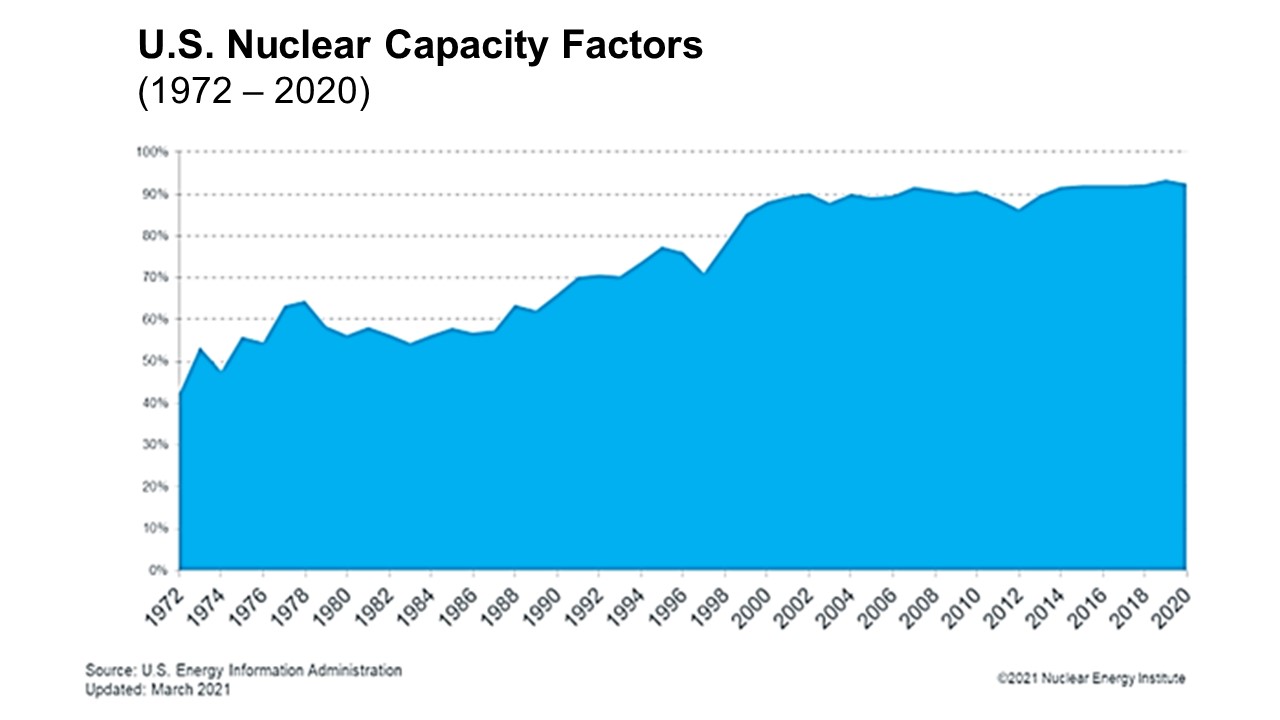 Capacity factors vary considerably by plant and fuel type (see graphic below). As you can see, nuclear energy’s average capacity factor is above 90, meaning the average nuclear plant generates electricity, more than 90 percent of the time. Nuclear energy generates the highest capacity factor of any other power source and produces reliable, carbon-free power almost three times more often than wind and solar plants. 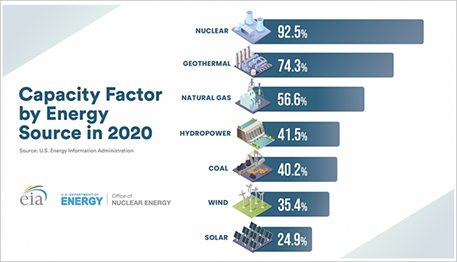 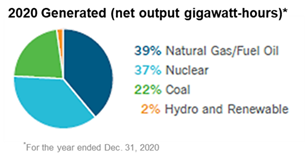 Operating at six sites in the Carolinas, Duke Energy’s 11 reactors generate approximately half of the Carolinas’ electricity. In addition to supplying more than one-third of Duke Energy’s electricity last year and 83% of the company’s carbon-free electricity, the nuclear fleet prevented the release of almost 50 million tons of carbon dioxide.

Nuclear energy continues providing 20% of America’s electricity and is a proven, reliable source of carbon-free electricity that is available around the clock.

Interested in learning more about capacity factor? Here are some resources and related links to help you get started:

What is generation capacity?

Nuclear Power is the most reliable energy source