Watching your favorite TV drama can be a great way to unwind. But, popular shows aren’t the best source of accurate information, especially when it comes to nuclear energy. Take, for example, episode five of CBS’ new show, "FBI," which centers around sabotage at a nuclear power plant in New York. We’re setting the record straight on several misconceptions found in the episode.

In the episode’s first scene, personnel at Arrowpoint Nuclear Plant are conducting what turns out to be a hostile action emergency planning drill. The scene is chaotic and the participants seem unprepared to handle the intruders.

The truth is, our workers are highly trained for emergencies at a nuclear plant, however unlikely, including hostile actions. All our nuclear plants have emergency plans and procedures in place and practice them regularly in collaboration with federal, state and local emergency response officials.

When Agent Zidan and Special Agent Bell arrive to investigate the death of Cameron Porter, investigator for the Inspector General’s office, Zidan refers to Arrowpoint as a “rusty bucket.” When Bell and Zidan ask to see security camera footage, they are told by the security officer that the cameras are glitchy, implying there is no funding to fix them. Later in the episode, former Nuclear Regulatory Commission (NRC) inspector and whistleblower, Richard Fletcher, explains he decided to leak information about safety concerns at Arrowhead. He claims problems at the plant weren’t fixed because the plant is aging and the company didn’t want to spend money on upgrades. 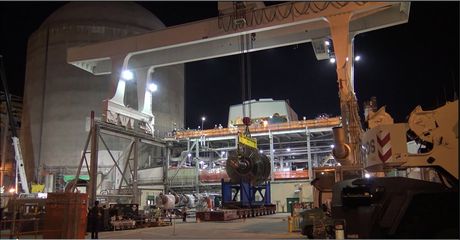 Even though most of the nation’s nuclear fleet was built before 1990, plants are regularly upgraded with modern and efficient plant equipment. Plant equipment is constantly monitored and evaluated to determine what needs to be upgraded or replaced, and when. This strategy, known as preventive maintenance, helps prevent equipment problems.

At Duke Energy, we are committed to making prudent investments in infrastructure for our customers. We are equally committed to providing safe and reliable electricity.

Security is a top priority at nuclear energy facilities.

Examples of unsafe conditions that don’t reflect the reality at nuclear plants are abundant in this episode. For example, firearms seem to be commonly carried by employees other than security officers, and most of the facility seems to be easily accessible by anyone who wants to walk onto the property.

In reality, nuclear plants are among the most secure facilities in the U.S. with well-trained, heavily armed security officers, physical barriers and comprehensive surveillance systems. Everyone must pass through multiple checkpoints and screening devices before entering a nuclear plant. All nuclear plant workers go through background checks and must undergo extensive training before starting work. Visitors must also undergo background checks before entering a plant and stay with a trained plant escort at all times while in the plant’s protected area.

It’s true the NRC coordinates closely with agencies, such as the FBI and local law enforcement, and would draw on those relationships to address any threats to nuclear energy facilities. However, the extensive security measures would make threats like those described in the episode extremely unlikely.

The episode centers around a failed plot to drain the used fuel pool, causing the fuel to become uncovered and “meltdown.” When fuel is removed from the reactor, it is stored underwater in fortified concrete, stainless steel-lined pools. The water helps cool the fuel and shields workers and the environment from radiation. Nuclear plants have multiple, redundant safety systems in place to ensure the used fuel remains covered with water, including water level instrumentation and backup pumps. 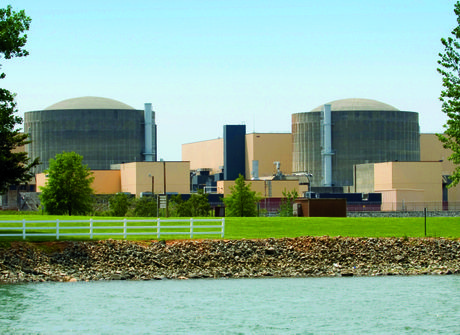 Agent Zidan mentions a failed attempt by terrorists to crash a plane into Arrowpoint’s containment buildings, which he says would have been catastrophic for the state. Nuclear plant containment buildings, which house the reactor and other important plant components, are built to withstand extreme forces such as hurricane force winds and deliberate acts of terrorism, like in the scenario in this episode.

Radiation is carefully monitored and controlled at nuclear plants.

When the body of Cameron Porter is initially found outside the plant, she is declared “radioactive.” Technically, Porter is contaminated, meaning she has radioactive material on her, a place it shouldn’t be. The more important point, however, is that nuclear plants have conservative programs and highly-trained technicians to ensure plant systems are maintained to prevent contamination.

Most workers at a nuclear plant are not exposed to radiation and those that are due to the type of worked they are managing, are carefully monitored to ensure their exposure is limited. Radiation control areas have a single point used to enter and exit with contamination monitoring equipment, as well as additional radiation monitors at the plant’s exit turnstiles to ensure no radioactive material leaves the plant. Someone like Cameron Porter would, therefore, not be allowed to exit the plant in contaminated clothing without being detected.

Throughout the episode, many people, including FBI agents, freely move about in radiation protection areas, such as the used fuel pool. The fact is, only workers performing specific tasks are allowed in these areas and are required to wear proper protective equipment while performing their work. Radiation protection (RP) teams work daily to monitor workers as they perform various jobs in the plant.

As we’ve explained in previous posts, nuclear plants seem like the ideal backdrop for theatrical television. Fortunately, experienced personnel and careful planning make reality at nuclear energy facilities predictable. And, although the NRC inspector may have been the perpetrator in this episode, the real role of these inspectors at a nuclear plant, while important, probably won’t win them an Emmy.

Posted October 11, 2020 by Megan
I once wrote a scenario for the role-playing game Spycraft involving terrorist activity at a nuclear plant - and did a bit more research than the scriptwriters apparently did! I was yelling at the TV when this episode aired in the UK :)
Posted December 19, 2018 by Daryl Hopperton, EPC SRTE, Savannah River Site
I am so proud of Duke Energy for refuting the ridiculous Hollywood and non nuclear misconceptions that "educate" the general population. Again it shows how little effort the networks put into circulating their version of drama. We need to figure out how to get this out in a wider distribution. Good job
Posted October 29, 2018 by David Bear
Generally speaking, commercial nuclear power plants go about their daily business with a minimum of problems and very few incidents. And if something happens, the crew pretty much knows what to do and how to do it to properly respond. This was true at Three Mile Island in 1979 and also at Fukushima Dai-Ichi in 2011. Yet, despite the best efforts of the staff and crew, both of these facilities experienced massive meltdowns of the reactor cores. It is also disconcerting that the owners of these two facilities decided their best course of action was to put out false information designed to minimize the extent of the damage.
Posted October 29, 2018 by Duke Energy
Thank you, Jeff. Please let us know if you ever see another episode of a TV show we should write about!
Posted October 29, 2018 by Jeff Shriver
This is an excellent reply/refutation of the inaccuracies in the TV program. This is the kind of response needed to help nuclear regain prominence is our country. Thank you, well done.

The ABCs of nuclear energy

Nuclear myths in a recent episode of "Scorpion"