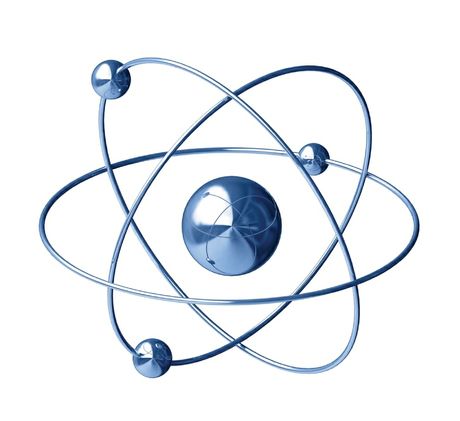 Ever build a fire and notice falling ash dusting your hair and shoulders? That ash is certainly not something you want to smear in your hair and on your clothing.

Or what about paint? When you’re painting a room, the last thing you want is to walk through the house with wet paint on your shoes.

So, what do these images have in common? Believe it or not, they’re great comparisons for explaining the difference between radiation and contamination – an important training concept for new nuclear plant workers and curious individuals.

Radiation, as explained by the National Academy for Nuclear Training (NANTeL), is the energy given off by an unstable atom. That excess energy is released in the form of waves or particles. In a nuclear reactor, unstable atoms split apart – this is called fission – and that energy, or radiation, creates heat needed to make steam and spin turbines to create electricity. A large collection of radioactive atoms is called radioactive material.

It’s important to note that radiation is a natural part of our environment. We receive small amounts of radiation from natural and man-made substances, such as the sun, soil, food (bananas, for instance), brick and dental X-rays. Nuclear plant workers receive only a tiny fraction more radiation than the average American receives annually.

In a nuclear plant, radioactive materials that originate inside the reactor can be carried throughout areas of the plant inside well-contained piping structures.

To better understand radiation versus contamination, apply the fire analogy.

In this specific example, you can actually see and feel the energy emitted from the fire – you may notice the hazy appearance just over the flames and feel the intense heat. This energy can be compared to radiation. The radioactive material produced by the fire – ash – becomes contamination when it lands on you. That ash is “radioactive material” where it should not be.

Standing in a room of fresh paint, the paint can be considered radioactive material. However, it’s not considered contamination until you touch it with your skin, clothing or shoes. You can spread that contamination through your house and to others, as well.

In a nuclear plant, workers are well prepared to enter any areas where radiation and/or contamination may be present. First, all nuclear workers are required to wear radiation detection devices that track how much radiation they receive both annually and during specific tasks in areas where radiation or contamination is present. Second, workers review the area and understand the job requirement in that area by conducting a pre-job briefing well before entering these areas. Third, workers are dressed in protective clothing to prevent contamination when in these work areas; proper attire includes cloth gloves and socks, a full suit and hood, as well as rubber shoes and gloves. Dressing guidelines also depend on how much radiation is present. Most importantly, the safety of employees and the public is at the forefront of all that takes place in a nuclear plant.

Advanced nuclear benefits may be worth exploring for a carbon-free future.

This is how maintenance keeps nuclear in remarkable condition