If you watched the Jan. 4 episode of “NCIS: Los Angeles,” you got an inside look at a decommissioned nuclear energy facility. Well, sort of. The team investigates the radiation poisoning of a sergeant moonlighting as a security officer at a fictional decommissioned nuclear plant. And, while the popular CBS show accurately portrayed many details about nuclear energy, it took a few liberties to further its storyline. Here’s the truth about some of the nuclear myths spotted in this season’s 21st episode.

Working at a nuclear energy facility is safe and rewarding. Many scenes in this episode portray the fictional Santa Flora Nuclear Plant as a hazardous work environment with less than enthusiastic employees. For example, Callen suggests the security officer lied to his wife about the fact he was working at a decommissioned nuclear plant so she wouldn’t worry. Additionally, Hanna requests fast food rather than eating at the plant’s cafeteria saying “I prefer food that doesn’t glow in the dark.” 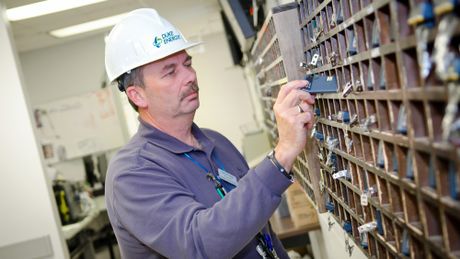 While these details may make the plot more interesting, the truth is, nuclear plants are among the safest and most secure industrial facilities in the United States. Cafeteria food at nuclear sites does not glow in the dark and radiation is limited to specific areas of a nuclear site only accessed by highly trained workers.

Decommissioned nuclear plants are actively monitored. The episode plays off the common misconception that safety and security is relaxed at decommissioned nuclear plants. Disgruntled employee, Dr. Leo Chadmont, explains his concerns about the fictional plant’s problems to Callen and Hanna: “We’re decommissioned, which means the water chemistry is never checked, tubes can rust, safety and contingency plans have been relaxed, cooling and back-up systems are never tested.” 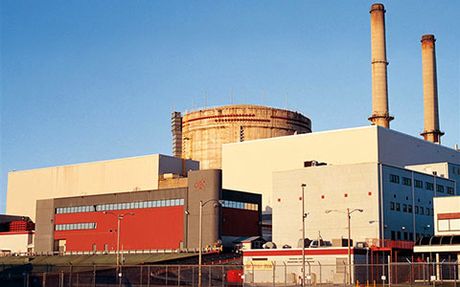 Chadmont’s depiction of the decommissioned plant, however, could not be further from the truth. Take, for example, Duke Energy’s Crystal River Nuclear Plant (CR3), which announced its retirement in 2013. Safety remains the plant’s top priority and CR3’s comprehensive emergency plans and around-the-clock security force remain in place. Radiological and environmental monitoring programs also continue during the entire decommissioning process.

Nuclear power plants responsibly manage used fuel. The climax of the show hinges around an explosion that threatens to drain water out of the plant’s used fuel pool, thus causing the fuel rods to melt. The lack of security and convenient access to the used fuel pools create a dramatic scenario found only on television.

In reality, not only does substantial security limit access to used fuel pools, but the pools themselves are constructed with several feet of steel-lined, reinforced concrete designed to withstand extreme force. The design and other safety measures would mitigate any effects of the unlikely actions seen in the show.

Although the real everyday operation of nuclear facilities is not dramatic, it’s certainly important. After all, without reliable, 24-7 power, how would you catch the next NCIS episode?

Posted July 15, 2016 by James Greenidge
I highly applaud Duke's head's-up and bridle back at these misinformative creative touches in movie and TV, but the general nuclear community REALLY has to stand up and shout-out on coy FUD things like this that the nuclear unwashed public are easily misled about. We've paid a HIGH price for not talking nuclear critics and biased media to task on their own playing field. I wish Duke became the nuclear community's way too long overdue Carl Sagan. Wish-Wish-Wish!!! James Greenidge Queens NY