How much of my electricity is actually made at the plant closest to me?

It’s a frequent question from anyone hearing about the 8 million homes that Duke Energy’s nuclear fleet powers. The answer is less straightforward than people may expect if they are not familiar with the electrical grid.

The first step is to have a generation source to create the electricity. At Duke Energy, electricity is mostly produced by large generating facilities, such as our six nuclear power plants. In recent years, our generation has expanded to include comparatively smaller producing sources like solar and wind turbines.

Large amounts of electricity leave our generating facilities and connect to the electrical grid. Their first stop is through high-voltage transmission lines. Duke Energy’s transmission lines can transport 44,000 volts to 525,000 volts throughout our service territories, where they interconnect with other electric utilities, which provides greater reliability of the regional grid. The higher voltage decreases the amount of power lost during travel. Higher voltage is due to transmission lines being three-phased – look at a transmission tower and notice at least three large wires running from tower-to-tower – and because of the higher voltage, the wire carrying the electricity is very thick. The wire is hung along easily recognizable large steel towers spanning for miles.

From a transmission line, the electricity travels to local substations. At the substation, the voltage is reduced using transformers. These pieces of equipment consist of a metal core and wire coils. The ratio of coils on each side of a metal core allows for voltage to be increased, “stepped up,” or decreased, “stepped down,” as voltage passes through one side to the other. Voltage is adjusted to allow electricity to carry over to smaller lines, which are called distribution lines.

Step 4 - Electricity "steps down" to move through distribution lines.

Distribution power lines, which can be installed above or below ground, carry between 4,000 and 25,000 volts of electricity. With the decreased voltage, distribution lines are single-phased – essentially a third of the three-phased transmission lines – and, in comparison, the wire is much thinner than transmission lines. These lines run directly through neighborhoods, but electricity has one more transformation before it reaches its final destination. 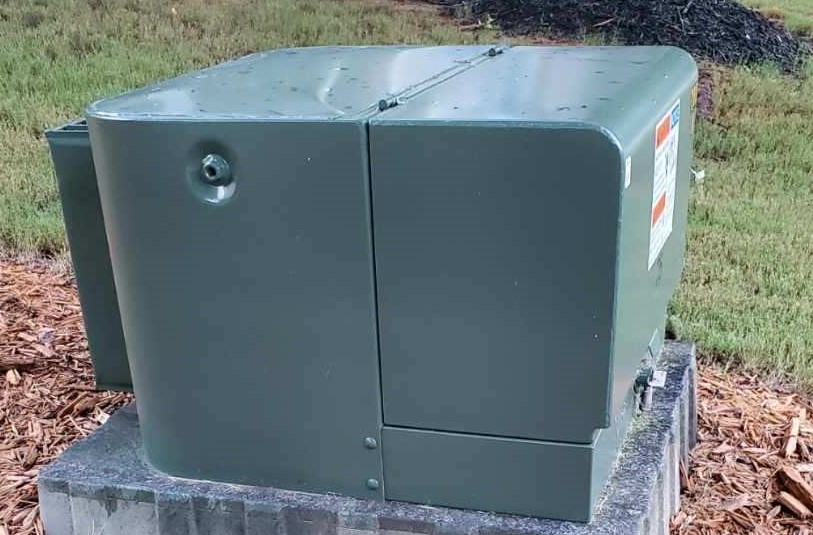 Step 5 - Transformers in your are prepare electricity to enter homes.

Smaller transformers yet again reduce the voltage from the distribution line to the appropriate voltage for homes, businesses and even industrial facilities. A smaller transformer, which can be installed on poles or placed on the ground, converts the voltage to levels that can be used inside a home or business (120 to 480 volts). Voltage is carried from the transformer through an underground or overhead power line to a customer’s meter.

So, with all this travel and transformation, how do we know exactly where the power we use originated? 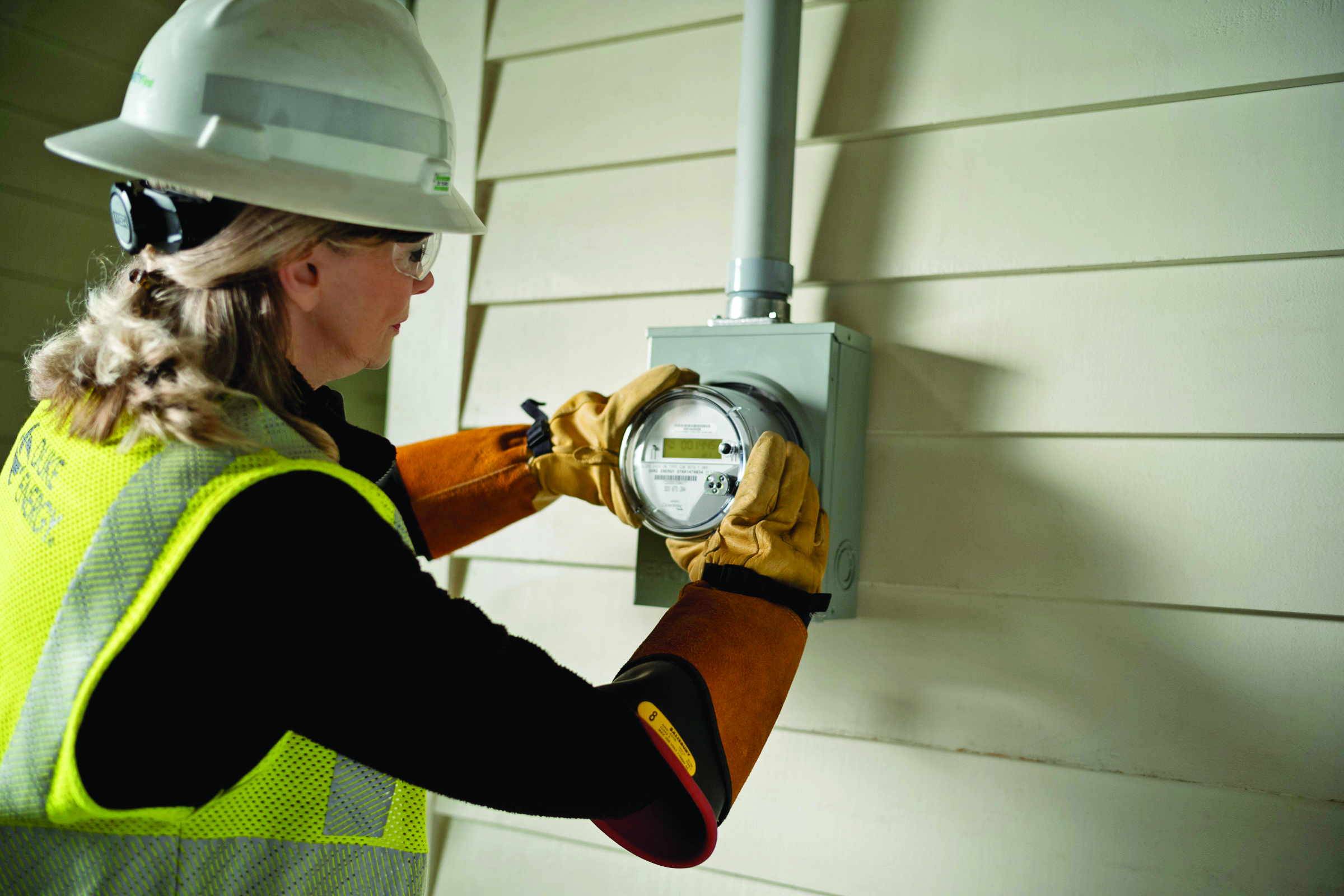 Most of us might have heard the adage “electricity follows the path of least resistance” as a warning during a thunderstorm, but it also holds true of explaining how electricity travels on the grid. Like a series of streams feeding a larger body of water, how much water from one source makes it to another location is difficult to determine. Likewise, once it reaches the grid, the electricity from one power plant flows together with electricity from others.

Robinson Nuclear Plant has been generating carbon-free energy for over 50 years.

As an example, the smallest nuclear plant in Duke Energy’s fleet, Robinson Nuclear Plant, produces 759 megawatts of electricity, which is equivalent to enough energy to power half a million homes. There are multiple lines that run from the plant to the grid – named broadly for the areas that are their general destinations up to 50 miles away (including Sumter and Darlington). Several lines carry 230,000 volts of electricity, and others transport 115,000 volts. Since electricity prefers shorter distances, it is safe to assume these hundreds of thousands of volts of electricity stay local. The same is true for all other generating facilities.

Though determining the source of the exact voltage that turns the lights on when you flick a light switch is complex, living near one of Duke Energy’s nuclear power plants almost guarantees a large portion of your electricity comes from this clean, safe and reliable source.

Posted July 19, 2022 by Tim
Any of the Distriburion substations directly fed from one of the BNP lines is almost guaranteed to be from BNP and be almost 0 carbon! They include popular areas like Sunset Park, Winter Park, River Rd, Monkey Junction, Carolina Beach, and Wrightsville Beach!
Posted July 18, 2022 by Jim Louy
Very interesting article, Patrick!

How nuclear volunteers are helping to close the STEM gap