What do nuclear energy and St. Patrick’s Day have in common?

They both celebrate green!

On St. Patrick’s Day, it’s hard not to be in a green state of mind. This year, when you reach for that green shirt, embrace your inner Irish and think “green” by thinking about nuclear energy’s clean, zero-carbon footprint.

In 2020, Duke Energy’s six nuclear power plants together avoided the release of nearly 50 million tons of carbon dioxide (if that same generation was produced with coal, oil and natural gas).

Duke Energy recently announced it is speeding up its effort to reduce the effects of climate change with a new goal to cut carbon emissions from electricity generation to net-zero by 2050. This low-carbon future depends on many factors, including subsequent (or second) license renewal of all six Duke Energy nuclear plants. Duke Energy cannot achieve its aggressive carbon reduction goals without nuclear power.

Nuclear energy will be essential to power our lives in a carbon-free energy future. So, don’t forget to thinking “green” this St. Patrick’s Day – think nuclear! 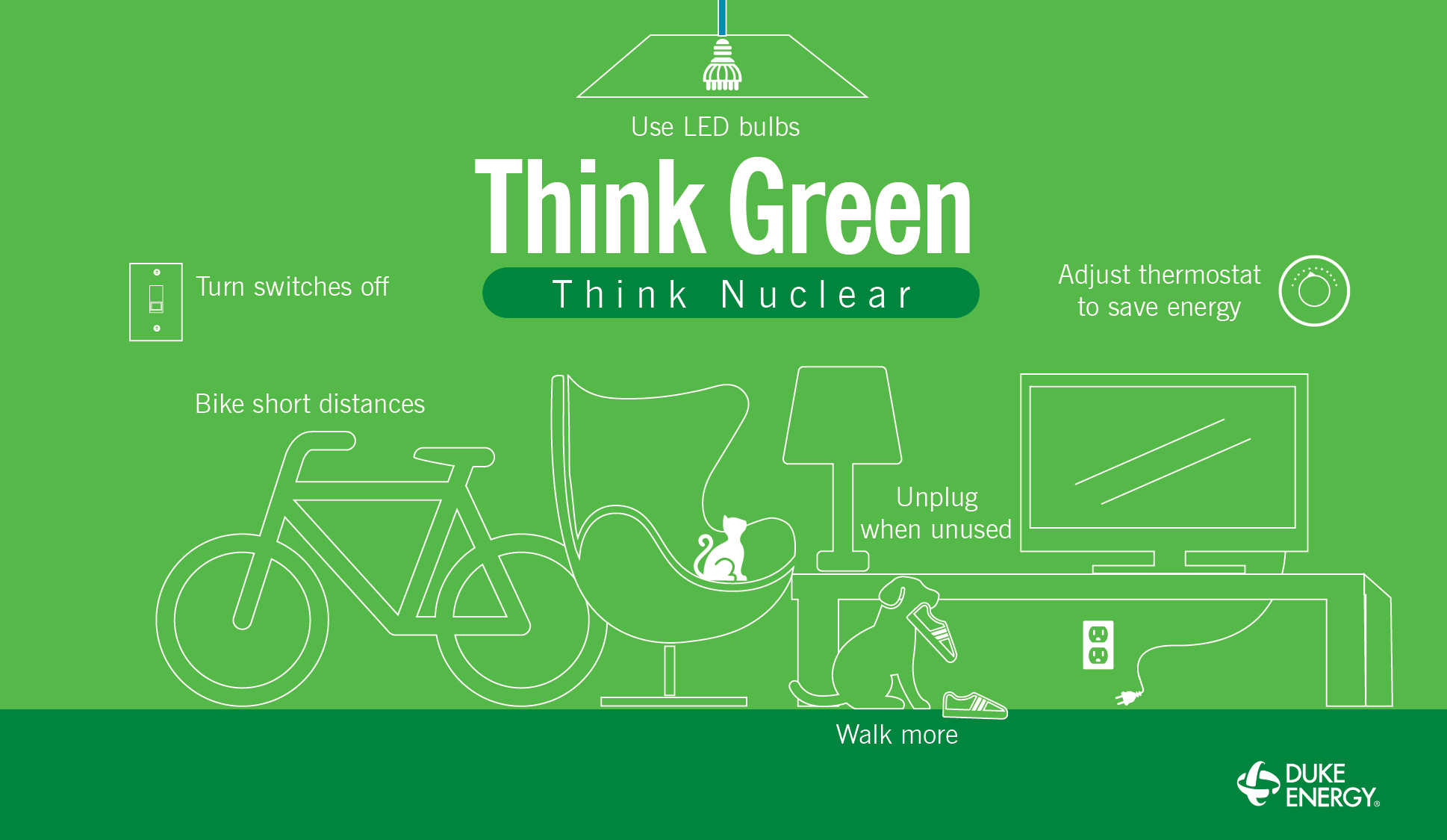 Think green, and reduce your own carbon footprint.

Nuclear energy is a carbon-free energy source that provides life-essential electricity to millions of energy users all over the world – all without any emissions. So, what does it mean to be carbon-free, and how can you reduce your own carbon footprint?

Your carbon footprint is the amount of carbon dioxide released into the air because of your own energy needs. You need transportation, electricity, food, clothing and other goods. Your choices can make a difference.