As a Senior Project Controls Specialist, Sigourney Clark spends a lot of her time ensuring that projects are not just completed on time, but that they also remain within an approved budget. She refers to her group as the conscience of the project team simply due to their constant running of scenarios to find cost savings. Kind of like the tv show “What Would You Do?” 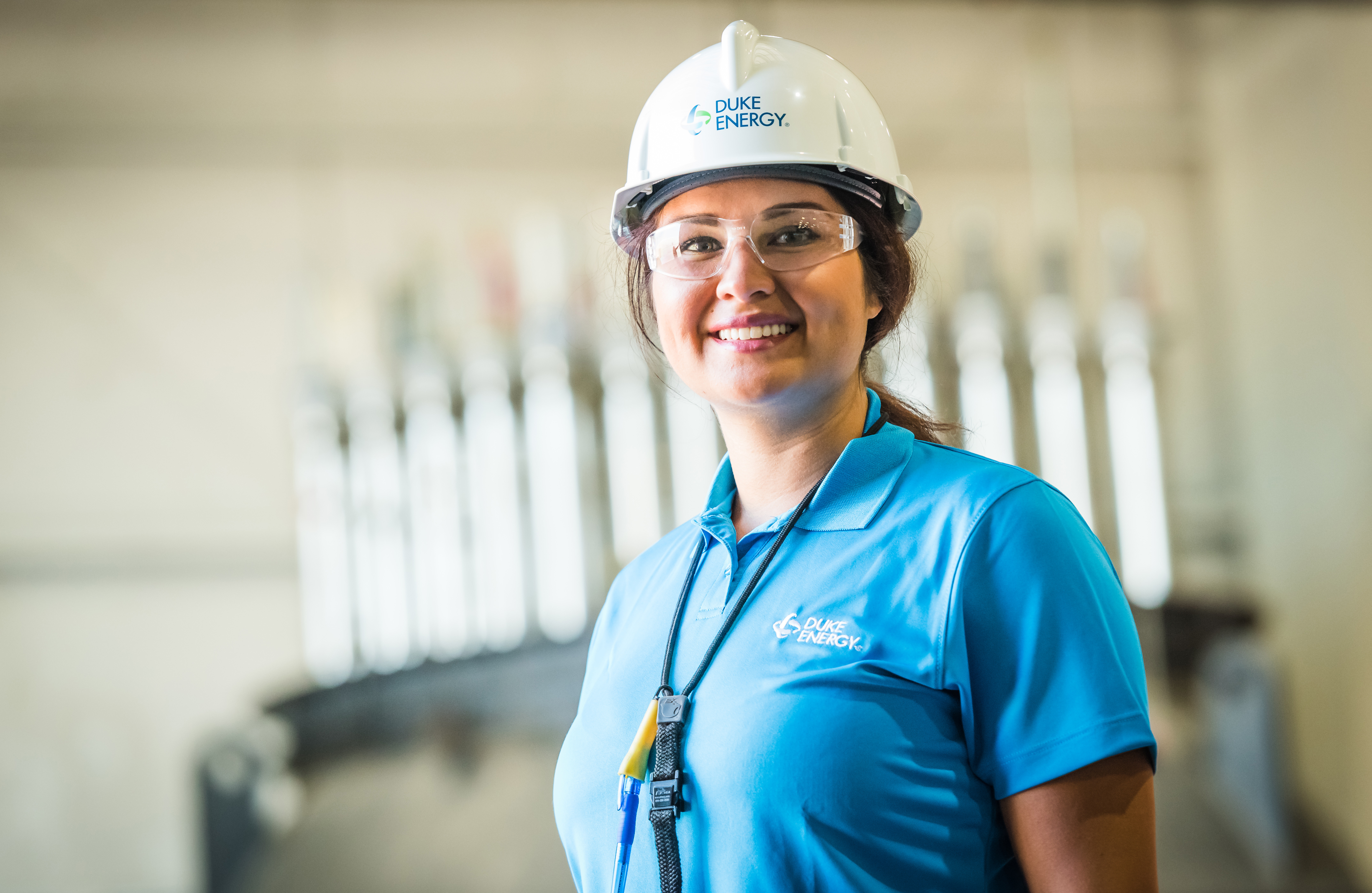 Prior to joining Duke Energy, Sigourney found herself in a prior episode of “What Would You Do?” scenario when it came down to a career choice in nuclear. Fearing the unknown and having a myth mindset about nuclear energy were almost enough to make Clark reconsider a career opportunity at Duke Energy’s Harris Nuclear Plant. However, over the course of seven years, not only has she gained valuable experience, but the confidence to advocate for it as well.

Growing up near the plant in the town of Fuquay-Varina, Harris Nuclear Plant wasn’t foreign to Sigourney. She knew it existed, but, like so many others, had only heard of nuclear power from movies or events such as Chernobyl or Three Mile Island.

After graduating from North Carolina State University with her bachelor’s degree in business finance and accounting, a recruiter friend working at the plant as a contractor suggested that she put her MBA plans on hold and instead apply for a contractor opportunity with Duke Energy. However, she was reluctant.

While hesitant about working in a nuclear plant, Sigourney decided to have faith over fear, and accepted a position at Harris. It’s a decision, seven years later, that she has no regrets about.

“As soon as I got here, I was proven wrong. It was apparent to me that all of the safety culture and worker standards put in place, along with all the knowledgeable people working at Harris gave me the confidence to trust nuclear power.” 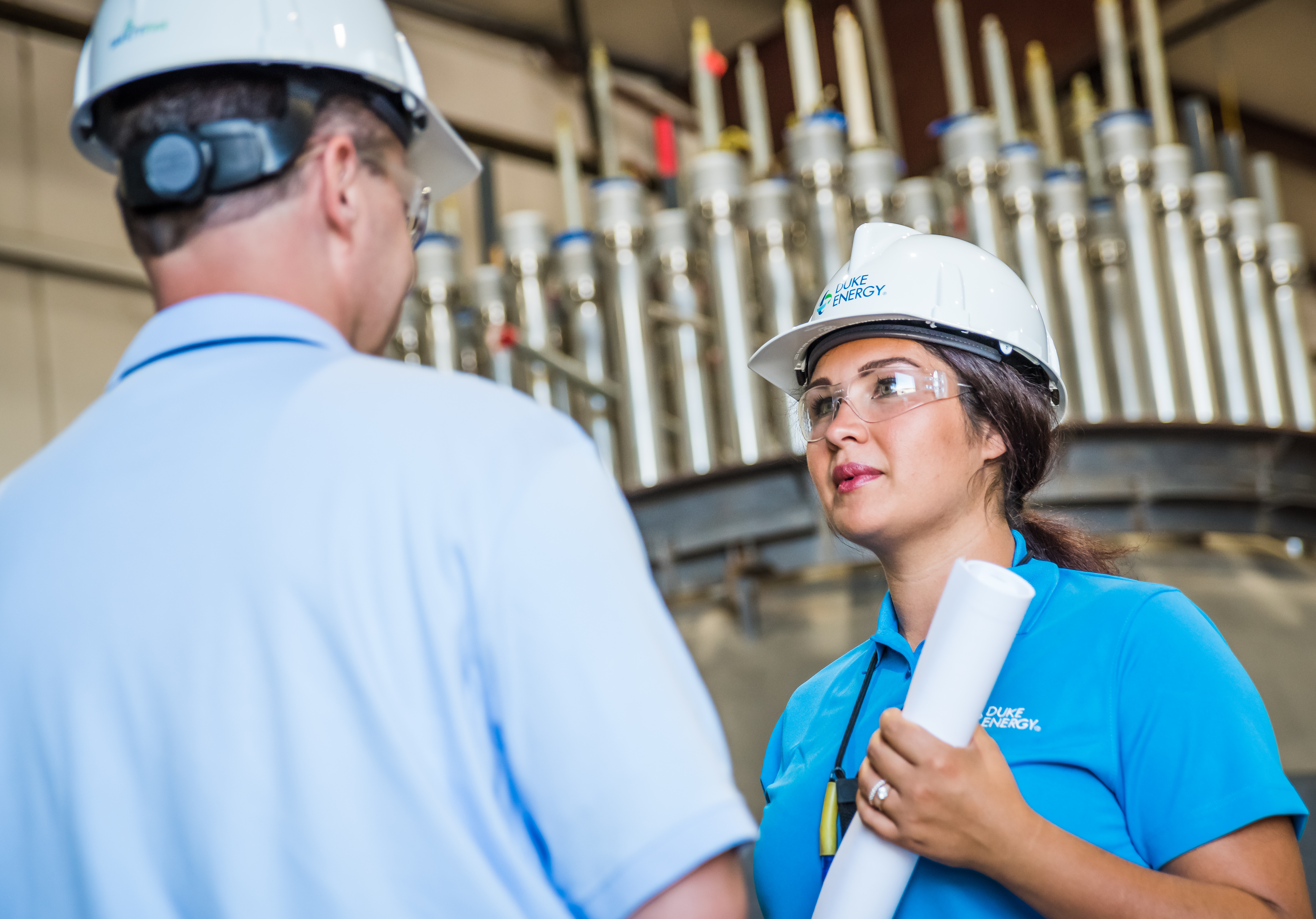 Even though most people do not have the opportunity to witness what goes on at a nuclear plant, Sigourney attributes the Harris Energy & Environmental Center as a great resource for people to learn what goes on in hopes of easing their fears and concerns.

With a new attitude about nuclear, Sigourney also found her Duke Energy career to be rewarding, not just through additional knowledge about nuclear energy, but also through being able to be such a major part of the company’s efforts to give back to the community. For the past three years she has coordinated the site’s Power of Giving campaign, the company’s annual employee engagement campaign which provides employees with flexibility to support eligible causes of their choice.

“There are so many underserved families in our surrounding areas. One of my proudest moments working in nuclear was probably my third year with the company as we did the usual Christmas giving campaign,” she said.

Usually helping with collecting and coordinating gifts, this particular year, Sigourney had the opportunity to be a part of the team that delivered the gifts to the families. She recalled that during this time, a family showed up in a car that looked as if they had been living in it for quite some time, which made her feel very sad. The team had loaded the family’s car with so many gifts that year that they had to make multiple trips to pick up their gifts.

“The generosity of our teammates is enough to bring tears to my eyes. Harris employees are committed to giving to the less fortunate, even during our own tough times. It’s clear that we are here to provide more than just electricity.”