It takes an electron microscope to see an atom, but you can learn about the parts of one from the comfort of your driveway. Learn the basics of an atom, then watch the video below to make learning come to life.

Atoms, specifically those of Uranium-235 and Uranium-238, are key to nuclear energy generation. Splitting these atoms is called fission; heat (energy) is generated when atoms are split. That heat is captured to make steam, which drives turbine generators to produce electricity.

An atom: the smallest particle of an element. Nuclear plants split atoms to make electricity. That’s why nuclear energy is sometimes referred to as atomic energy. 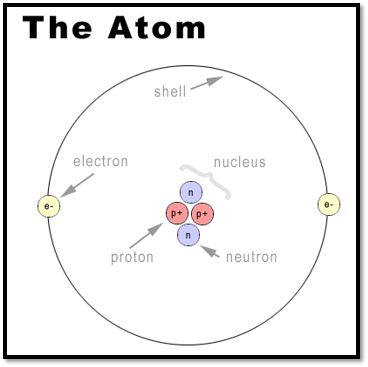 A shell: the rings surrounding the center of an atom

A nucleus: the center of an atom, containing both protons and neutrons

An electron: orbits the nucleus and has a negative charge

A neutron: found in the nucleus and has a neutral charge

A proton: found in the nucleus and has a positive charge

The simplest element on the periodic table – hydrogen – is made of zero neutrons, one proton and one electron. The more complex an element, the more neutrons, protons and electrons an atom will contain. Uranium-235, for example, contains 143 neutrons, 92 protons and 92 electrons.

We want to see your artwork!

Send your Energetic Chalk Drawing photos or videos through private or direct message to @DE_Nuclear on Twitter or @DukeEnergyNuclear on Facebook for a chance to be featured on our social media channels.

Pick an element from the periodic table and get to work! The more creative, the better. Which element will you choose?

Ready to draw another energizing masterpiece? Try one of these options! We can’t wait to see what you come up with!

Submissions will be accepted until midnight, Monday, May 4, 2020 to be on Tuesday, May 5, 2020, National Teacher Day, in honor of our local teachers. Please include this form with all submissions.

Posted April 24, 2020 by Samson Okechukwu
Thank for the explanation