There is a lot of big equipment at a nuclear plant. We need big things in order to generate large amounts of power. We have big pumps and valves, transformers the size of a bus and back-up diesel generators the size of a locomotive; further, we have large cranes and other devices to move them around when the need arises. All this equipment needs maintenance, repairs and occasionally upgrades. For the biggest projects, we have a dedicated team focused on repairing and replacing plant equipment. Even though our plants have been operating safely and reliably for decades, the Projects team ensures they remain state-of-the art. 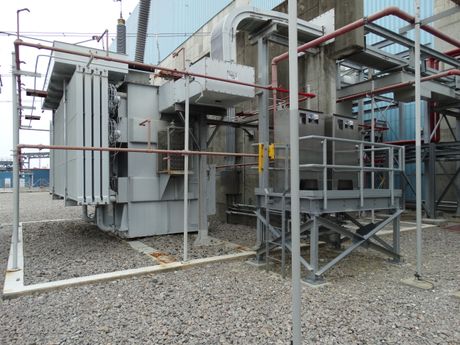 The Projects team at a nuclear plant is a small group who take a project from design to implementation. They find the right vendors to do the work, ensure we have the parts and material to get the job done, and track every aspect to stay on budget and, most importantly, further improve the operations and safety of the plant.

Miranda Pierce is a member of the Projects team. She isn’t your typical nuclear plant worker, but she is a math whiz. Miranda is a Project Controls Specialist II, that means she is responsible for estimating the costs of a project, then tracking progress, like managing any large construction project. Usually, she is working five to 10 projects at a time that can include pumps, valves, transformers or other large equipment. And often the projects are challenging because they are in unusual locations, so the project might include having to remove a roof to get access to a basement or use a crane to position equipment properly. 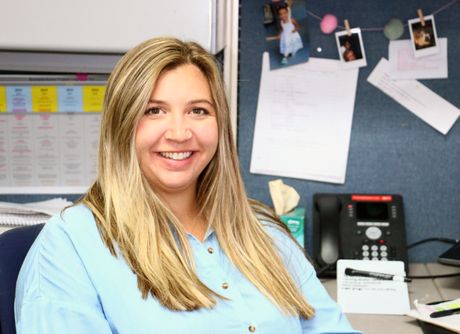 Miranda Pierce is on the Projects team and works at Brunswick Nuclear Plant in Southport, N.C.

Miranda grew up quite familiar with the local power plant. Her father would take her there for family days and would talk at home about his work. She grew up one of a rare few young people who had visited a nuclear plant control room simulator not just once, but several times. But, Miranda chose a different path. She loves math.

Miranda attended the local community college to earn her Asssociate degree in mathematics and then went on to earn her Bachelor of Science degree from UNC – Wilmington in Mathematics. While others in her classes were headed to become teachers, she just was not drawn in that direction. Instead, she ended up back at the nuclear plant she had grown up visiting; this time though, she was hired as a contract worker. That position shortly evolved into a full-time position with the Projects team. Turns out Miranda’s love of mathematics is a perfect fit for project controls, where getting lost in the minute details of a spreadsheet, making sure all the equations are accurate, is a valuable, respected skillset.

Miranda’s advice? Figure out what you are good at, what you enjoy doing. Make that your priority and the rest will take care of itself.

Miranda continues to enjoy her position and has earned a promotion.We are sure we will see many good things ahead for her!

Posted September 07, 2022 by Melanie Roberts
So much of what we do revolves around the numbers. I can see where a passion for details will help Miranda continue to be successful in her career. Love the advice she gives as well.
Posted September 06, 2022 by JACK R. KEELING
When I worked at Robinson in Major Projects, I would turn over material requirements from my designs over my Project Manager and never had to worry about them again.