“The first time I thought my job was the coolest, I was doing a tour inside the reactor building,” says Christina McFall, nuclear radiation protection technician at Catawba Nuclear Station. “I thought, ‘No one ever gets to see this. It’s just so cool that this is what I’m going to be doing.’”

That was 14 years ago, and McFall’s sense of wonder hasn’t abated. 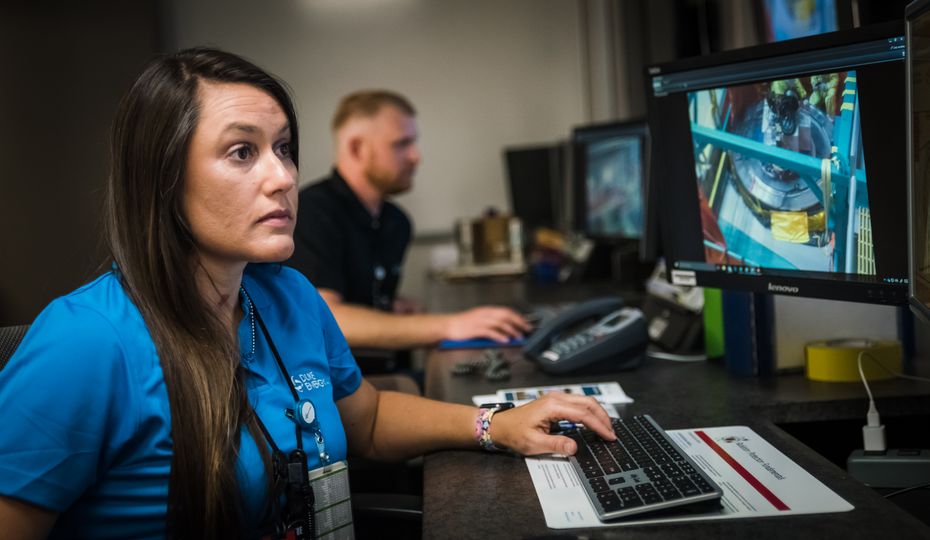 In her role at Catawba Nuclear Station, McFall serves in the surveillance and control group, which makes and monitors entries into the containment buildings (which house the nuclear reactor vessels and steam generators), takes analytical samples and supports operators and workers with radiation protection, among other tasks. She also manages the site’s dosimetry program, issuing the devices that measure radiation exposure and sending them off to be read in an external lab, part of any nuclear station’s licensing and reporting requirements for the Nuclear Regulatory Commission.

“My professor said – and it’s always stuck with me – ‘we protect man and the environment from ionizing radiation.’ That’s just a lot of words. What do they really mean?” McFall says. “They mean I protect people.”

McFall planned to be a nurse. “I didn’t grow up saying I want to work in a nuclear plant. I wanted to go into nursing. But a representative from Duke Energy came to class to recruit for a new program in radiation protection they were starting at Spartanburg Community College,” she says. “I went to an information session and thought, ‘I can do this.’” She enrolled in the program’s initial class in 2007, interning at Catawba, and graduated in 2008, following a second internship at Oconee Nuclear Station. McFall returned to Catawba full-time that same year. 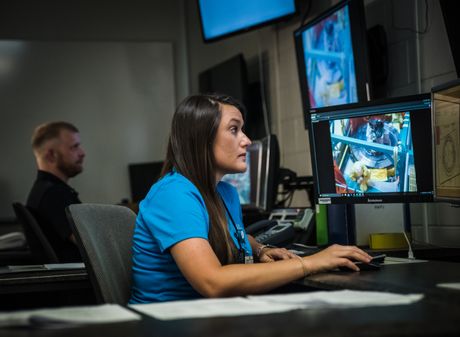 Part of the appeal was that she could graduate soonerthrough the radiation protection program than she could through nursing. But, “I felt like the industry would be very relevant for a long time. It was a good career path,” McFall recalls. “And it still is. It’s cool – we use robots and drones to help in areas that are hard to access. Being part of the innovation and advancement of nuclear power is why I want to keep working and help the industry stay viable.”

And from her vantage point of being where the magic happens at Catawba (“I still remember the first time I saw the [reactor] head!”), she considers herself a nuclear advocate. “People don’t necessarily understand nuclear power. No one glows even though some people may think that! There is a difference between radiation and contamination. Contamination is something we can see on a person or equipment. Radiation is in the air and is something your body can absorbs,” explains McFall. “When you work in nuclear, you can help people understand operations, how safe it is and be a supporter of nuclear power.”