A hot, steamy, late Sunday, early-June afternoon at a nuclear plant may seem like an odd time and place to go bat hunting, but it was the perfect time and place for Will Ricks, Duke Energy senior environmental scientist; and Amanda Rhyne and Emily Pody, field biologists with Environmental Solutions and Innovations (ESI), to go bat acoustical monitoring in the woods at Catawba Nuclear Station. 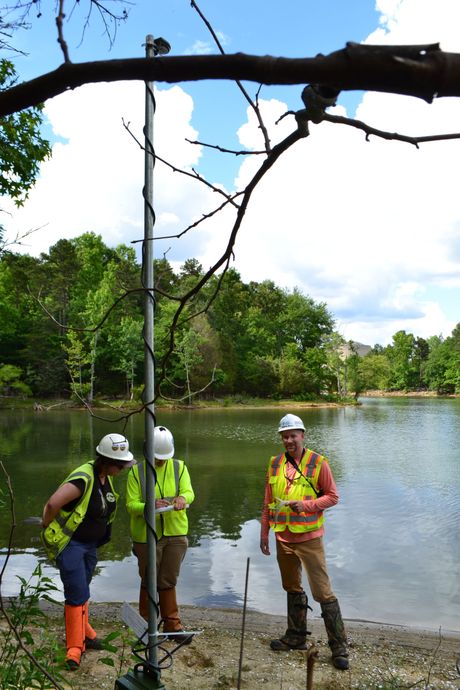 As part of Duke Energy’s Catawba-Wateree Comprehensive Relicensing Agreement, the company is participating in a 40-year survey along the Catawba River; partners include the U.S. Fish and Wildlife Service, the N.C. Wildlife Resources Commission and the S.C. Division of Natural Resources.

At 25 sites in both North and South Carolina – not just Duke Energy locations, but also including wildlife management areas, state parks, water treatment plants, easements and private lands – various surveying devices and protocols have been put into place to monitor protected animals and plants. “We need to know where protected species are, and to look at trends in wildlife – are we seeing the same plants, or bats, or bald eagles, or different species?” says Ricks. “If Duke Energy was looking at some kind of project that could impact an area with protected species, we’d have to set in place best practices to avoid those impacts.”

The Catawba-Wateree study adheres to the protocols of the North American Bat Monitoring Program, proscribed by federal and state agencies. Ricks says its experimental research design allows participating organizations to see how certain bat species are faring across the country, and its implications are far-reaching for the bat population beyond the Catawba-Wateree study’s duration. “We’re not just conducting this research and giving it to the agencies,” he explains. “We’re also using this data to ensure environmental compliance for the entire Catawba-Wateree system.”

Ricks says Duke Energy maintains a “compliance-plus mentality” when it comes to wildlife management, with the “plus” being conservation and stewardship of the local environment.

Back at Catawba Nuclear Station, two omni-directional microphones were placed near an old logging trail near the edge of Lake Wylie for four days: One in a grove of white and post oaks, loblolly pines, sparkleberry bushes and other indigenous trees. The other was about 10 feet from the shore of a cove. The microphones were digitally programmed to record from 30 minutes before sunset to 30 minutes before sunrise. While they picked up non-bat sounds such as humans, dogs, insects, birds, vehicles, etc., sophisticated software weeded out such noise and isolated the ultrasonic chatters, squeaks and clicks the bats made as they echolocated food and water.

Ricks, Rhyne and Pody also conducted a habitat assessment, noting the number, sizes and species of trees; nearby water sources; and other characteristics in the areas of the microphones. “Different bat species prefer different kinds of habitats,” Ricks notes. “We use this information to determine what kinds of species are not in the area, as well as what kinds are.” 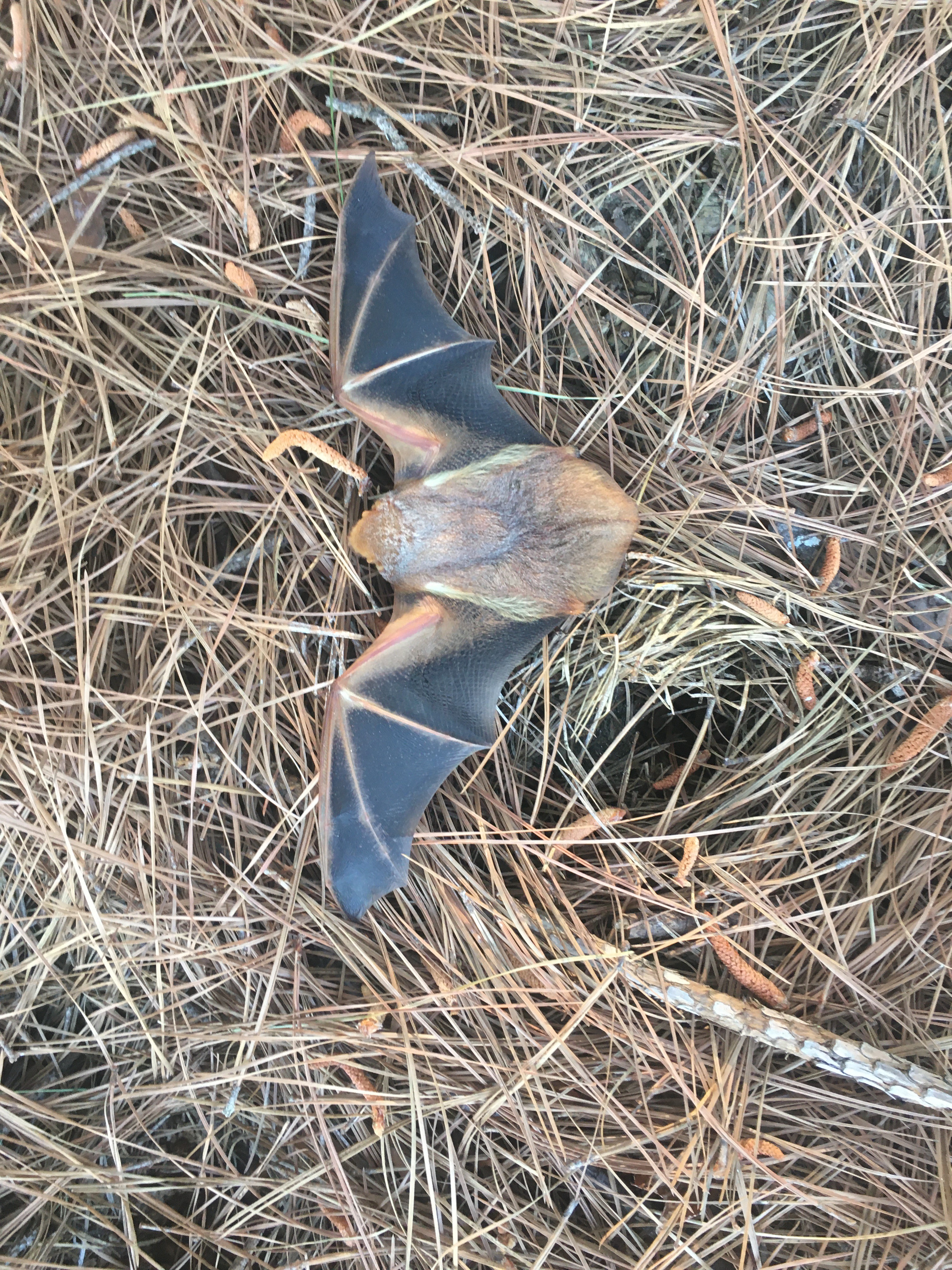 This Eastern red bat was found near a light on a building at Catawba Nuclear Station earlier this spring.

They also performed a mobile acoustical study, where they attached both omni-directional and directional microphones on their truck and drove 10 miles-per-hour down the public road bordering Catawba Nuclear Station for several hours in the middle of the night to collect additional recordings.

Future bat analysis will involve a technique called mist-netting, where a fine-mesh, pocketed net will be strung between two poles placed somewhere in Catawba’s woods; in the night, bats will fly into it and fall into the pockets to be retrieved by Ricks and the team for identification and a quick analysis before being released back into the sky.

Ricks says Duke Energy’s bat studies are conducted in June to avoid capturing juvenile bats, who add audio-clutter to the data and make species identification much more difficult. The detectors were put in nearly the exact spots they were first placed in 2017, sites chosen because they don’t have a lot of vegetation to distort the sound quality of the recordings.

When the recordings are analyzed, ESI’s team will be listening for the distinct sounds made by various bat species to learn which ones are – and are not – present in the area. The microphones and software can only differentiate among species, rather than among individual bats, so this is not a population study, per se. However, three bat species are focal points of the study because their populations are declining: gray, Indiana and northern long-eared. Ricks says project partners are hopeful these protected species are found during the survey.

Bat species present in both South and North Carolina.