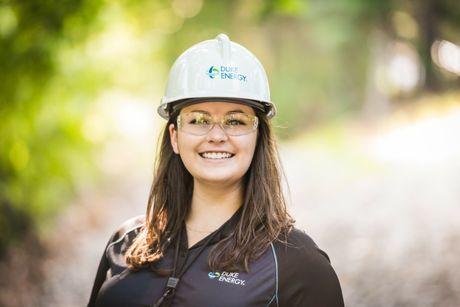 Willis enjoyed her course of study, biosystems engineering at Clemson University. She said it was a mix of civil, environmental and chemical engineering (with a minor in sustainablity), and feels lucky to be working in a job she loves. “It’s exciting to be a part of cultivating environmental stewardship in Lake Wylie and in the Catawba River system communities alongside Duke Energy,” she says. “I love facilitating that connection and cohesion between communities and the industry.” 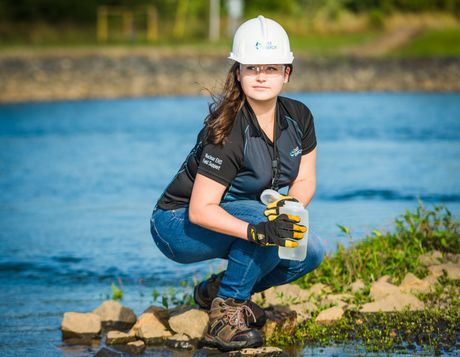 As an environmental specialist, Willis ensures workers follow all corporate, county, state and federal environmental policies, procedures and regulations that govern water, waste, air and animals, encompassing a host of sub-categories under these main four. “I feel like I’m making more of a difference doing this,” she says.

Willis began her Duke Energy career in 2015 with a cooperative education student placement in nuclear environmental field support; her subsequent rotations were in fossil, hydropower, wind and natural gas. 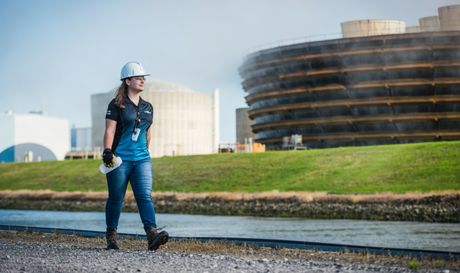 She received a job offer from nuclear before the end of her last rotation. “The co-op rotations were nice because they showed me how my classes applied to work,” says Willis. “And coming to nuclear full-time was like coming home because it was where I got my start. I was given a sense of confidence both personally and professionally because the nuclear family was so welcoming and open to giving feedback. I returned to Clemson after my first rotation with renewed passion and vigor.

“Nuclear gave me an affirmation that what I was doing was right and mattered, and I still feel that working at Catawba today.”

During a bioprocessing class exploring the scientific process of beer brewing at Clemson, Willis became interested in home brewing and the craft beer community. She loves “weird beers,” such as a Thai shrimp gose and a lemon meringue sour. “They’re like one of Willy Wonka’s chewable meals, and I love the challenge of portraying different flavors in the brewing process,” she says. She’s brewed several beers and ciders. “I’m not great yet, but I’m working on it!”