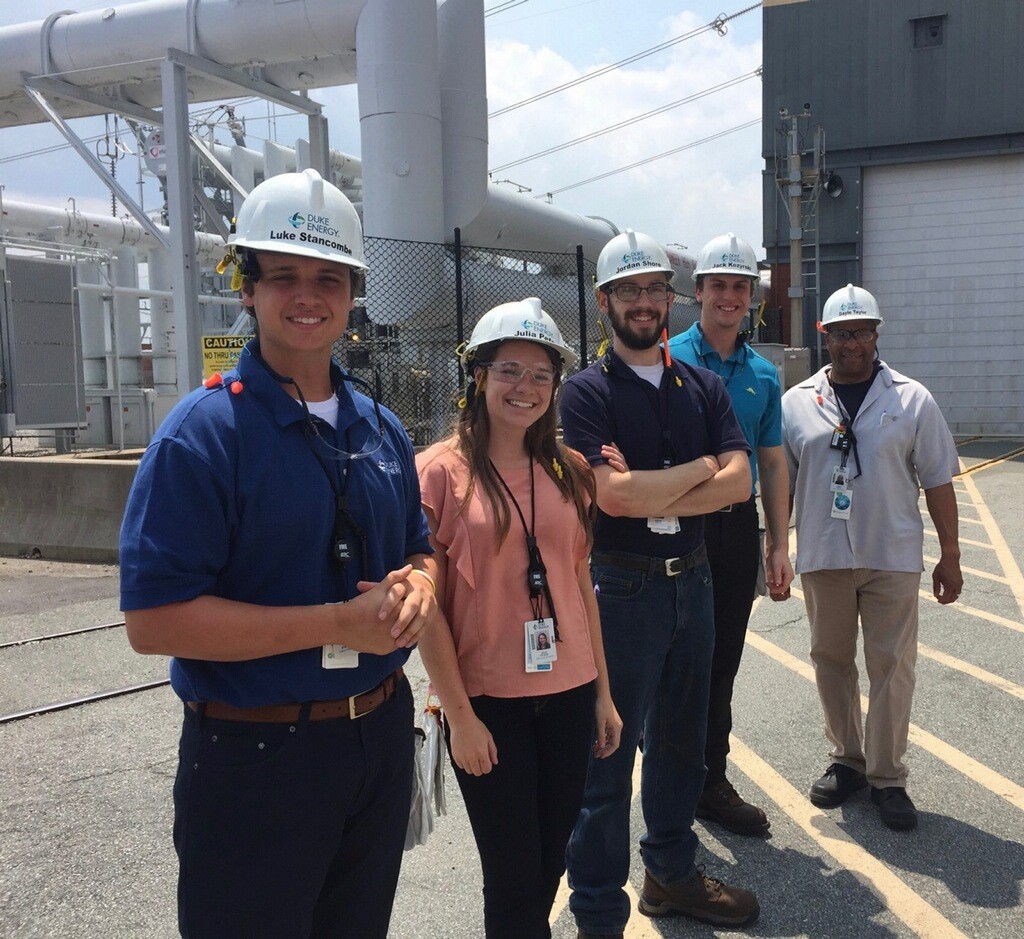 Stancombe, Peters, Shore and Kozyrski in the field

More than 250 college students had the opportunity to intern at Duke Energy this summer, and four did something unexpected for them and new for Duke Energy, too.

The plants generate about half of Carolinas’ customers power and is the company’s largest source of carbon-free energy. The interns were based at Duke Energy’s Innovation Center at Optimist Hall in Charlotte, where other teams are doing similar work, like creating web-based applications to streamline processes for workers in the field.

They shadowed maintenance crews at plants to see how the teams work, too, and gathered workflow data that they used to remove inefficient processes. None had worked at a power plant, and Peters, a junior at N.C. State University, said she wasn’t familiar with nuclear energy.

“We are not nuclear engineers, so none of us really expected to work at a nuclear plant,” Peters said. “The industrial engineering work we did presented a chance to learn about something I never thought I’d get to see.” 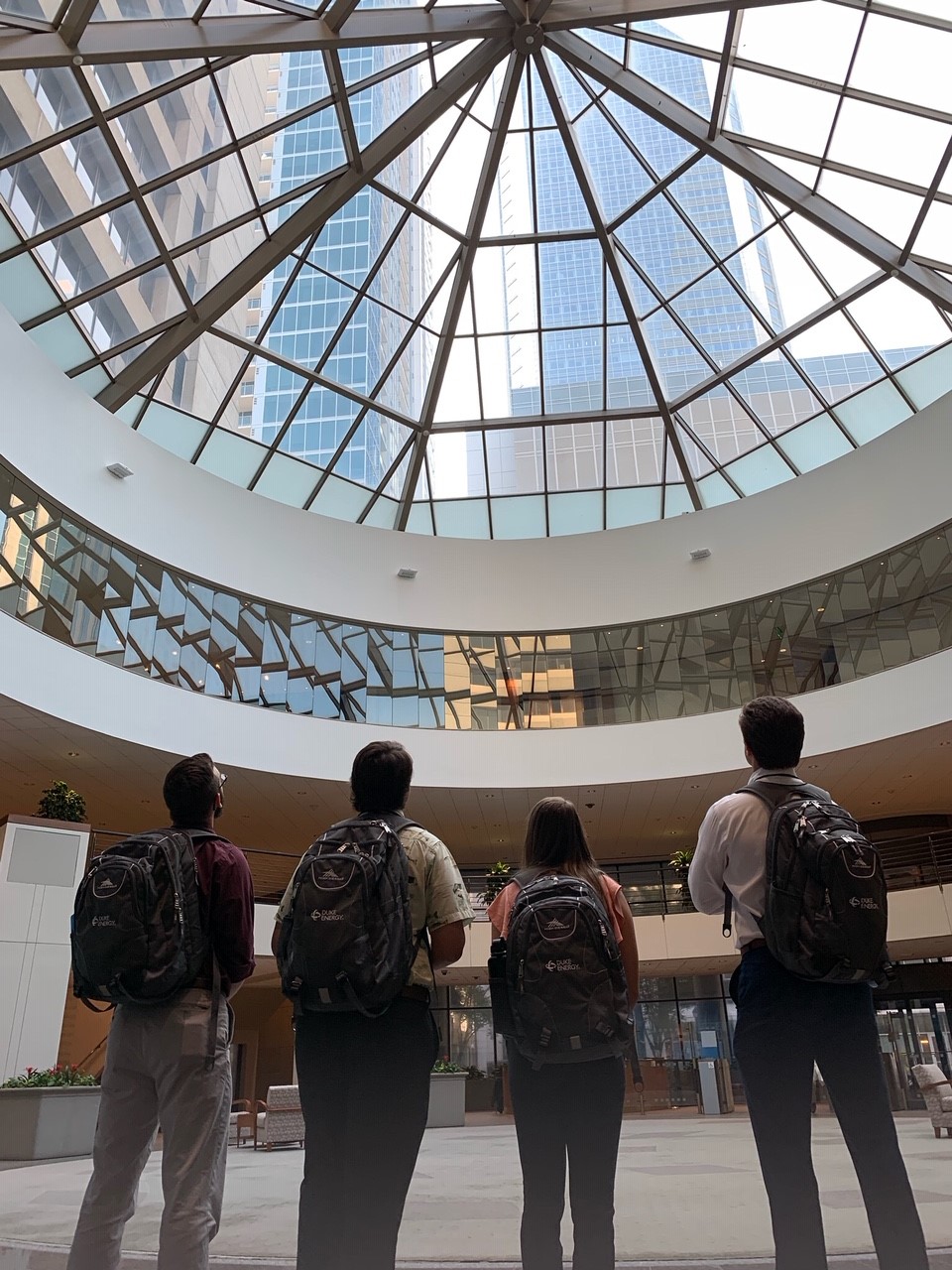 Kozyrski, Shore, Peters and Stancombe look toward the future

Stancombe, a senior at Virginia Tech who’s completed two internships at Duke Energy, said they collected data that will be helpful to the innovation initiative. The interns agreed that the experience was valuable to their professional growth, too. They said they learned the importance of hard work, meeting deadlines and accuracy. And a few said they left inspired about a possible career in energy.

Shore, a junior at N.C. State, said nuclear plants have a procedure-heavy and safety-focused culture while producing an impressive amount of clean energy. Knowing that, he said he would advocate for more nuclear energy.

“It's cool just to say you work in the nuclear energy industry, but it was inspiring to find everyone I interacted with was genuinely excited about the future of nuclear,” said Kozyrski, a junior at the University of Michigan. “I think I'll walk away knowing how much positive change you can generate within a business when you create a culture of innovation.”