Pictured above: Susan McCalister in her home ceramics studio

When you think of nuclear energy workers, creativity may not be the first word that comes to mind. But, from pottery to blacksmithing and children’s book writing, many nuclear employees at Duke Energy have hidden creative talents.

Matt Clary and his son, Ryan, dabble in blacksmithing, a trade that has passed down through generations in his family.

“I inherited my great-grandfather’s blacksmithing anvil, hammer and tongs, along with an old hand-crank blower and coal forge,” said Matt Clary, a senior training instructor with Nuclear Security at Catawba Nuclear Station. “It was given to me by my great uncle, who had inherited it himself, and had also built it into a brick and clay coal forge.” 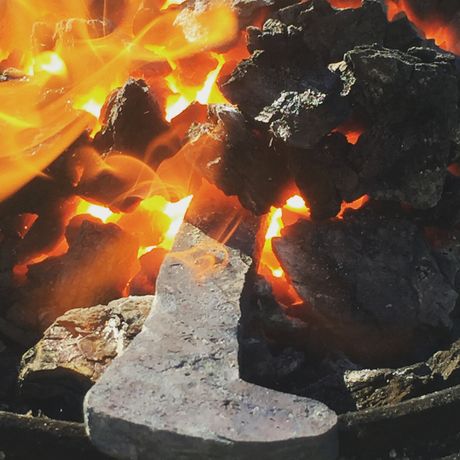 An upclose look at the Clarys' forge

To get started with their own blacksmithing, Clary and his son had to make their own coal-fired forge. “We used an old pick-up truck brake drum, a propane tank cut in half and two-inch piping and scrap metal to bolt and weld together a working portable coal forge. We used a hairdryer connected to the pipework to provide air on demand, and it worked just fine.”

While the Clarys have upgraded their equipment since they began dabbling two years ago, their passion remains consistent. “Keeping a coal forge running is an art, and understanding how the metal heats and reacts is a lot of trial and error – but, it’s very interesting and fulfilling.”

“It’s fun and satisfying to take something and turn it into something else. It’s also cool that he (Ryan) is swinging the same two-pound hammer and beating metal on the same 110-pound anvil that his great-great grandfather and great-great uncle used. This was a skill that was handed down through his family and hopefully will be passed onto his kids, as well.”

By day, Susan McCalister supports electrical design at Oconee Nuclear Station as an engineering technologist. Outside work, she is a skilled ceramic artist who creates beautiful works of art in her backyard studio.

While her educational background involved art, she didn’t pursue her interest in pottery until 11 years ago. McCalister has a studio behind her home that includes her pottery wheel and kiln – everything necessary to create.

“There is just something about the feeling of clay and creating that is centering and calming,” McCalister said. “When I am in my studio, I totally lose track of time!”

McCalister has taken ceramics classes from numerous potters, including those at Arrowmont in Gatlinburg, Tenn., and the John C. Campbell Folks School in Brasstown, N.C.

For Oconee Nuclear Station’s Rory Smith, his hidden talent isn’t necessarily his creativity, but, he believes in the ability to set and accomplish goals. Smith, an Operations teammate at Oconee, will celebrate 40 years with Duke Energy in 2019 – he is also a published author of both adult fiction and children’s books. 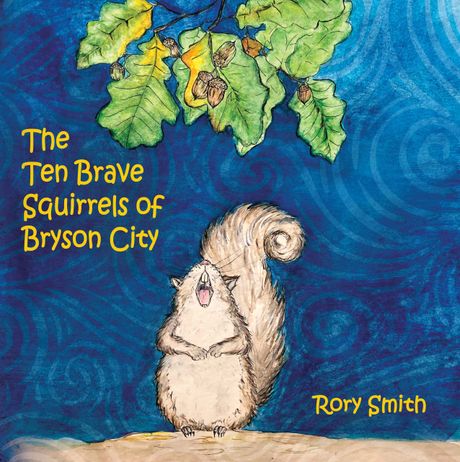 “I started out writing my novel (‘Burning Man’) because my wife was pregnant with our twins, and I thought I would write some of the wonderful experiences I had growing up,” Smith said. “Funny thing happened along the way – I realized that some of these stories might fit well into a fictional tale. I stopped writing about my experiences and started to write something for others to read.”

The story eventually wrote itself, he said.

Smith’s children’s book centers around a favorite town of his childhood – Bryson City, N.C. “The Ten Brave Squirrels of Bryson City” took Smith five years to write and find an illustrator to tell the story.

“I have loved Bryson City since my youth. I wrote (the book) for two reasons: to honor Bryson City and the Great Smoky Mountain National Park, and to create a tourism idea for the town of Bryson City. It was an effort to give back to a place that has given me many weekends of pleasant outdoor adventure,” he said.

Smith shared his advice for aspiring goal-setters: “The key is to make yourself happy … override self-doubt and accomplish what it is you want to accomplish; there are plenty of things that will may prevent you from being successful – don’t let them!”

After a long day, everyone needs a way to unwind. “Some people get massages, some run or go to the gym, some even go hunting or fishing to find their sanctuary. I make crafts!” said Laurie Thompson, a project manager at Catawba Nuclear Station.

When she isn’t working, Thompson is crafting. She started crafting 20 years ago when her children were little. “I love to make jewelry, pottery or anything creative,” she said. “I personalize them to make them one-of-a-kind.

“I love the creativity when I am doing crafts. It helps me find the peace I need on my days off.”

Crafting may also be a new career for Thompson. She hopes to open her own shop one day.