When it came to careers, Joe Donahue had two choices: professional hockey player or engineer. 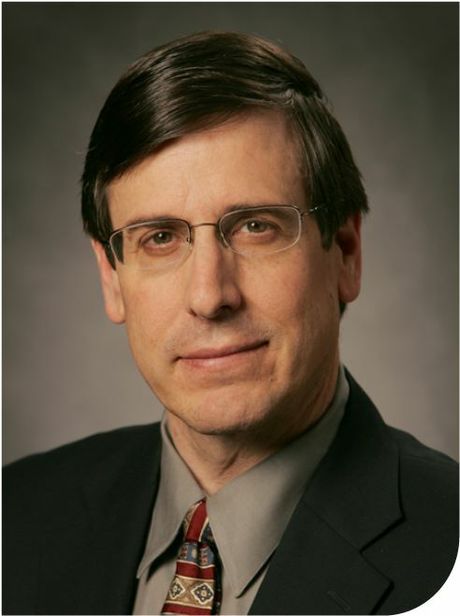 As a highly ranked U.S. player in high school, Donahue aspired to be a scoring defenseman for the Boston Bruins, following in the footsteps of Bobby Orr. At the time, Donahue recalls, hockey was more about technique and method rather than athleticism, requiring hours of practice. “We had to shoot 100 pucks in the goal. The thing was, we only had four holes in the corners, each only a little bigger than the puck itself,” says Donahue.

Despite his ability, only a handful of Americans were playing in the National Hockey League when Donahue was in high school. “I quickly realized that while I was pretty good in the United States,

whenever I skated in Canada it was like a kindergartener playing with a college kid,” says Donahue. In need of a steady career, Donahue applied the same methodical approach he used in hockey to his other passion: engineering.

With 34 years of experience in the energy industry, Donahue has had time to contemplate the role of engineers, which he categorizes into four types:

Donahue describes himself as the fourth type of engineer, after working in the other three arenas before becoming vice president of Nuclear Engineering at Duke Energy. Having recently run a coal gasification plant for the company, Donahue sees a lot of similarities between nuclear plants and other engineering-based operations like oil rigs and large ships. “I’m a student of accidents,” says Donahue, who studies why organizations fail in order to improve them. And, in his extensive experience, he says there are only about half a dozen ways systems fail. The challenge as an engineer is using data to figure out which of those reasons caused the failure and solve the problem. “That’s the part I like – solving the problem,” he says.

So what makes a good engineer in Donahue’s mind? Being a successful engineer starts with being detail oriented and data-driven. Whether it’s a calculation, a design or equipment issue, a systematic approach is critical. But the most effective engineers though can’t stop there. “Especially at a utility, very few people just sit at a desk and do the same thing every day,” says Donahue. “You have to be a good communicator. You have to be able to listen to multiple stakeholders. The best engineers can seamlessly talk to all of them.”

Successful engineers also have a variety of experience. Thinking about his four types of engineers, Donahue says, “What I like to tell young engineers is you could be any one of these and you can be every one of those.” He advises young engineers, especially within the first 10 years of their career, to spend time in systems engineering learning about maintenance, equipment monitoring or design to see what’s most appealing to them. He also highly recommends working in operations. “I always tell engineers, while shift work is hard, there’s no more valuable experience than to get into operations.” Experience in operations, maintenance and engineering makes the ideal leader in the nuclear energy industry because “if you can bring all of those together, you can solve a problem from all three of those perspectives.”

In the nuclear energy industry, the fundamental role of engineers is to ensure the design characteristics of a nuclear plant are maintained. But there are a lot of ways to maintain a plant.” I think over time we’ve found the most inefficient ways of maintaining them,” says Donahue. The nuclear industry has learned to operate plants safely and efficiently, but it comes with bureaucracy. The challenge is how to uphold our high standards with less paperwork. Engineers can play a significant role by looking for ways to reduce maintenance activities, which are generally time-based.” We want to do preventive maintenance one time before a component needs it, not 10 times,” says Donahue. Engineers can play a critical role by proactively using data to eliminate unnecessary work.

Although he has successfully worked as an engineer for decades, Donahue has not forgotten about hockey. He still finds time to catch a professional game with his family, giving the sport the same detailed attention as he does his daily work. “My two sons hate when I go to a Hurricanes game because I’m critiquing everything,” he says.

Posted October 08, 2019 by Sarah Liggett
This article was so great! Really refreshing and helpful to the youngsters who are considering careers in nuclear engineering. I loved reading about Mr. Donahue's interesting background as an athlete, and I also thought the four categories typifying nuclear engineers was illuminating and constructive in way that many other engineering profiles are NOT. Excellent article writer. Compelling subject. Go, Duke Energy!
Posted March 06, 2017 by Steve Kimura
As I have transitioned through the engineering profession, I have seen how engineering as a profession has changed over the years from one in which large organizations recruited, nurtured, and trained a cadre of engineers to one in which the individual engineer has become, in many instances, solely responsible for the advancement of the profession. In this new environment, where there may not be the institutional depth of knowledge to lean on, it becomes more important for engineers to learn soft skills. These skills allow them to glean knowledge from experienced engineers. More importantly, these skills offer them the opportunity to make decisions, learn what failure is away from the technical world, correct their mistakes, and make progress towards a goal outside of the world of specifications and calculations.
Posted February 23, 2017 by Daya Jayasekera
Great advice and encouraging article
Posted February 23, 2017 by Jim Little
Very good insights, I believe that the best thing for engineers, as the article says, is to gain broadened experience in a variety of roles. Always be learning and always be curious. Create your career strategy like your 401(k) -a portfolio of experience and use the same principles of investment: a portfolio of diverse experiences, rebalancing when you become overinvested ( leave when you're the smartest person in the room!) and taking new assignments of unfamiliar types (risks) earlier rather than later in your career. Lastly learn how to be curious and question affirmatively. Communication is key. Create a 401(YOU)! Happy Engineers Week! Jim Little

It's not like the movies - working in nuclear energy

An unexpected journey: From Daddy’s helper to nuclear mechanic

How a lifelong love of the environment became a career

How a life of adventure pairs with nuclear energy