Operation for Duke Energy's Brunswick Nuclear Plant's (BNP) first reactor began in 1975. It was the first nuclear power plant built in North Carolina. The second unit at Brunswick became operational in 1977. The two-unit BNP is located just two miles north of Southport, N.C., and is named after its home Brunswick County. BNP produces electricity from nuclear power through two boiling water reactors and remains the only boiling water reactor (BWR) station in the Duke Energy fleet. It has a total generating capacity of 1,870 megawatts, enough to power more than 1 million homes.

BNP became operational under the parent company Carolina Power and Light (CP&L). CP&L then merged with Florida Progress, and the companies became Progress Energy. In 2012, Duke Energy and Progress Energy merged. Brunswick is one of six operating nuclear stations that make up Duke Energy’s nuclear energy fleet, with the capability of producing more than 10,000 megawatts of generating capacity in the Carolinas.

Both Duke Energy and Progress Energy have long histories of operating nuclear plants safely and reliably for more than 40 years. Duke and Progress combined a talented team of more than 7,000 nuclear professionals. BNP is jointly owned by the N.C. Eastern Municipal Power Agency and Duke Energy. Brunswick, as well as all nuclear plants, was designed and built with numerous, redundant safety systems and multiple barriers to protect the public, plant workers and the environment.

Unlike other nuclear stations in the Duke Energy fleet, BNP is a boiling water reactor (BWR). A BWR presents some differences from the more commonly found pressurized water reactors (PWR). In a BWR, the water boils inside of the actual reactor, creating steam that drives the turbine. It is a single-loop process, which causes the water flowing inside the entire system to be exposed to radioactivity. This makes maintenance slightly more challenging for nuclear workers because of the presence of radiation. However, workers clearly understand the challenges and how to manage them. A BWR is more efficient because there are fewer thermal losses (no primary system to secondary system heat transfer losses). 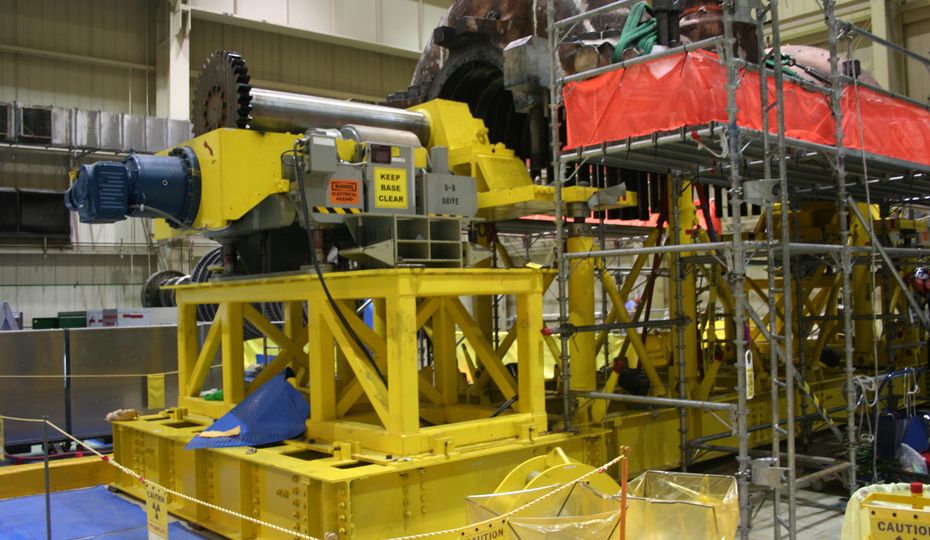 The Brunswick team has made significant contributions to the entire nuclear industry. BNP recently developed a turbine-generator shell rotation device that is the first of its kind in the industry. When Edward Williams, BNP project manager for Turbine Services and Dwight Knox, senior turbine/generator specialist, sat down three years ago to address a different method for rotating the unit 2 high pressure turbine, they had no idea they would be creating equipment that would forever change the nuclear industry.

The old “lift and pulley” system used to manually rotate turbine-generator shells produced years of injuries across the energy industry. This spurred the three-year long drive to create a safer and more efficient method to rotate the turbine shell, which ended in success. The design for the behemoth “shell rotating device” was created from drawings that Knox had been working on to eliminate unnecessary risk during rotating, cleaning and maintenance of the HP turbine upper half shell. Williams assisted in bringing the ideas to reality by obtaining site leadership support, funding and design creation support from GE. 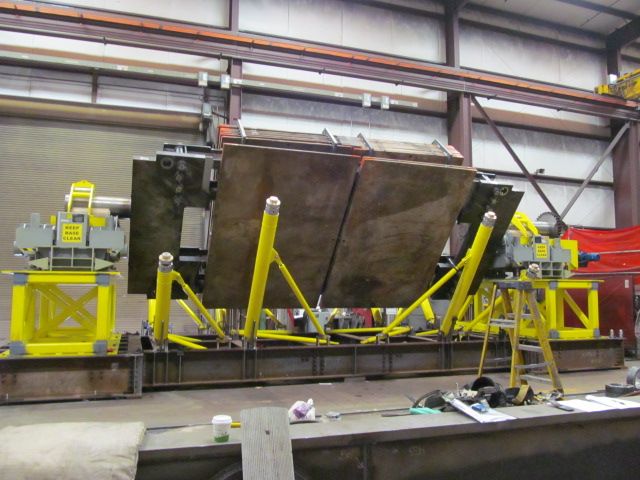 “Rotating a high pressure turbine shell once took anywhere from 18 – 24 hours, and can now be completed in about five minutes,” said Williams. “The shell rotating device significantly improves worker safety, nuclear and radiological safety, and accomplishes the job much more efficiently.” The rotator is so large that each individual shell support leg weighs up to 1,400 pounds and is specifically designed to support the 81-ton shell and bolting, which weigh as much as 1,000 pounds each and are 4 – 7 inches in diameter.

Safety is a serious matter to our nuclear workers. Prepare your family for hurricane season like a nuclear worker:… https://t.co/06ybb4sSWr