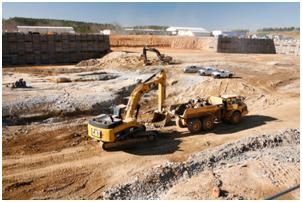 Last month, the NIC reported a major milestone in the nuclear renaissance: The Nuclear Regulatory Commission’s license approval of two new reactors at the Vogtle plant.

Not too far behind, the V.C. Summer plant in South Carolina was recently granted its combined construction and operating license (COL) for a two-reactor expansion. South Carolina Electric & Gas (SCE&G) and Santee Cooper, a state-owned electric and water utility, have a contractual agreement with Shaw for the construction of the reactors.

The two new reactors, each with a capacity of 1,117 megawatts are expected to begin commercial operation in 2016 and 2019. V.C. Summer already has one unit in operation which generates roughly 1,000 megawatts. About 1,000 workers are engaged in early construction but nearly 3,500 workers will be employed during peak construction.

V.C. Summer and Vogtle's approved COLs show acceptance of nuclear energy as a safe, reliable energy source for the future.